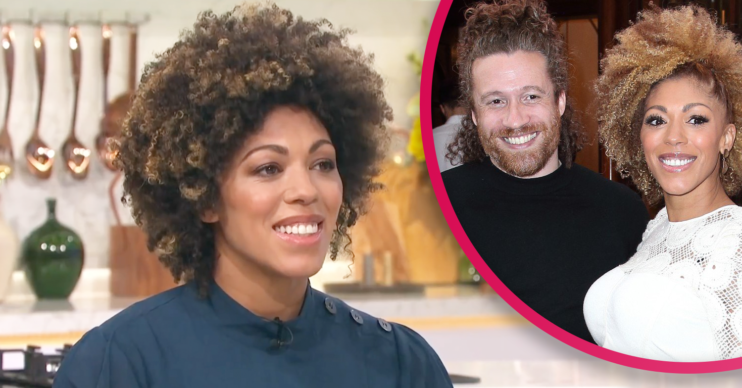 Dr Zoe Williams has revealed the adorable name of her new baby son.

The This Morning GP gave birth to the tot on May 31 and had decided before his arrival that she wanted a home birth.

However, what she didn’t bargain for was the speed at which the tot entered the world – and the fact she and partner Stuart McKay would have to deliver him before the midwife arrived!

What name did Dr Zoe Williams pick for her baby?

She also explained the meaning of the tot’s name – and that the couple picked it before he was even conceived.

Read more: Holly Willoughby wears bargain dress to host This Morning and fans are in love

Zoe revealed her son’s name pays tribute to their love story – which began by chance when they met in a bar is Lisbon 20 months ago.

Stuart added that the tot is also living up to his middle name.

He said: “He’s a strong little boy, he did a press-up on my chest within his first hour of being born.”

So what happened during the birth?

Zoe revealed that baby Lisbon was pretty keen to make his arrival.

She said she had planned a home birth but “didn’t have much choice” because he came “so quickly”.

Zoe ended up giving birth to 8lb Lisbon before the midwife had even arrived at their south London home.

She revealed: “It was a beautiful moment when Stuart and I were facing each other in the [birthing] pool, we looked down and he was there in the water. I picked him up and we had five minutes where we held him, before even checking if he was a girl or boy.”

Stuart also revealed that the experience was anything but stressful. In fact, he said it was “just as nature intended”.

He added that Zoe was “incredible”.

So when is Dr Zoe going back to work?

Dr Zoe is taking a year off from her work as an NHS GP, however, she hopes to return to This Morning sooner than that.

She said she can’t wait to take him in and introduce him to the team, admitting that This Morning is “such a family”.

She also revealed that This Morning host Holly Willoughby correctly guessed the gender of her unborn tot.

Zoe said: “Holly has this technique where she feels the side of your waist and she can tell if you’re having a boy or a girl. When I was pregnant, she was certain I was having a boy.”

Send your congratulations to Dr Zoe on our Facebook page @EntertainmentDailyFix.