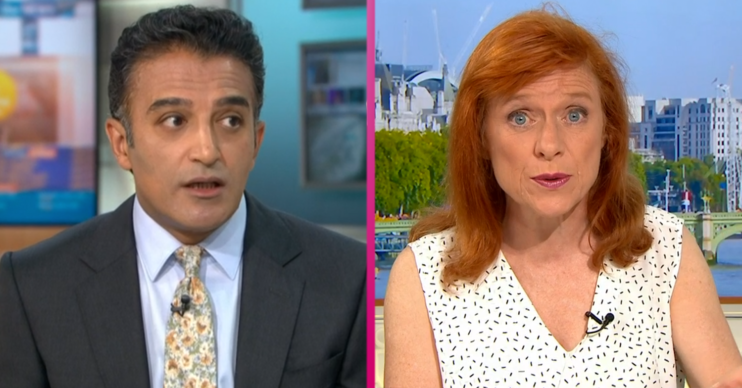 The Good Morning Britain doctor was quick to explain the facts

At the time, the pair were discussing stricter lockdown measures that were introduced in some areas of north-west England last night following a spike in coronavirus cases.

In some areas affected such as Blackburn, approximately one-third of the population are from ethnic backgrounds including large Pakistani heritage communities.

Councillor Saima Afzal warned that there is a risk some will stigmatise Asian communities as a result.

Read more: Ranvir Singh reveals her jealous side after calling out Adil Ray live on GMB

“But that doesn’t mean they are the ones spreading it, which some papers are trying to twist.”

Addressing concerns on GMB, Adil said: “I just feel that as a nation at a time like this, it’s important that we have a lot of understanding for each other at the moment because we can see how difficult it is.

“The worst thing we could see and the thing that worries me is that we start to point fingers at one another or pointing fingers at communities.

“It’s difficult for everyone.”

“So we all need to get in check a little bit more.

“But I really hope we don’t get divided by this and that we have some understanding and empathy.”

Dr Sarah was then quick to hit back at Adil and appeared to pull him up on his comments.

“This is about the fact that people from the BAME origin unfortunately are more likely to die if they get COVID and that’s one of the great horrors of this condition and in some respects a scandal.”

Dr Sarah added: “There’s a concern they haven’t been protected.

“We don’t know what all the factors are but what we do know if that they are at higher risk.”