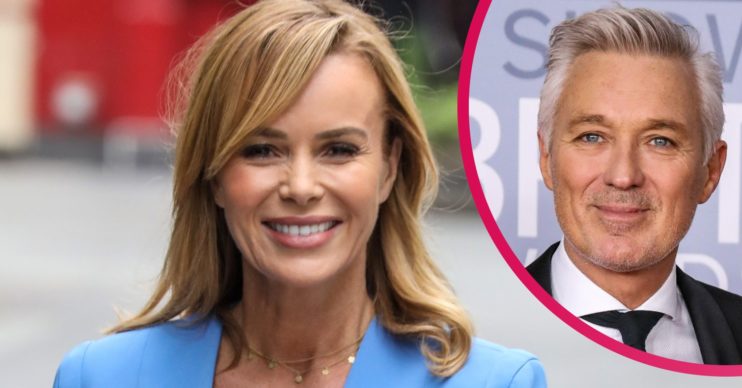 DNA Journey new series: Who is in the cast with Amanda Holden and Martin Kemp?

Following on from the first series of the genealogy show, which starred TV duo Ant McPartlin and Dec Donnelly, eight new celebrities are embarking on a journey to find out more about their past.

Who is in the new series of DNA Journey?

Also in the new series are TV’s Amanda Holden and Alan Carr, and father-son duo Martin Kemp and Roman Kemp.

What happens in the upcoming ITV show?

The eight celebrities embark on life-changing road trips to find out more about their family histories. It will see them delving into their past and present via their DNA.

They will follow both their paternal and maternal bloodlines to unlock hidden secrets about their past, while meeting living relatives they never even knew about.

ITV has promised that the celebs will bring friendly rivalry and humour to the show, just as Ant and Dec did with the first series last year.

A teaser from ITV reads: “Whose family emigrated to Canada after just missing out on a place on the doomed Titanic? Which famous face discovered that their ancestor was involved in the biggest robbery of 1840? Whose ancestor received a prestigious award from a King and who is related to a former British Strong Man?”

DNA Journey was such an incredible experience for us. It’s such an emotional rollercoaster.

Expert genealogists and historians will guide them along using cutting-edge DNA technology and hidden genealogy.

When is DNA Journey back on TV?

ITV is yet to confirm an air date for the new series.

The broadcaster’s Head of Commissioning, Katie Rawcliffe, said: “This promises to be a fascinating series as viewers will get to follow their favourite stars who find themselves on one of the most emotional, thrilling and insightful road trips of their lives.”

Voltage TV and Mitre Television will co-produce the show for ITV.

Ant and Dec, who are Directors of Mitre Television, said in a joint statement: “DNA Journey was such an incredible experience for us. It’s such an emotional rollercoaster of a show and this new series doesn’t disappoint.”