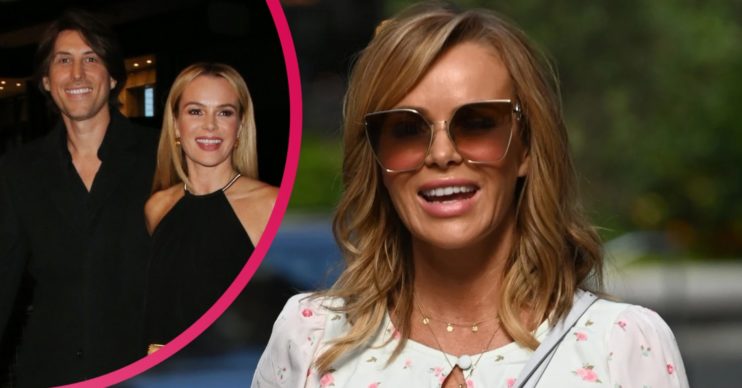 Amanda Holden and her husband Chris Hughes are celebrating their 12th wedding anniversary.

The Britain’s Got Talent host, 49, didn’t let the special occasion go unnoticed, as she shared a loving message proclaiming that she couldn’t live without her partner.

Alongside the sweet caption, Amanda also posted a throwback snap of the couple during their family holiday to St Tropez.

What did Amanda Holden say about her husband?

The shot showed Amanda and Chris lovingly posing on the sunny break.

Captioning the shot, she wrote: “Almost 18 years together and married 12 today. I literally couldn’t live my life without this hilarious, gorgeous, clever man.

“He is the best Daddy and our foundation! – My Chrispy… love you darling x.”

The couple, who share daughters Alexa, 14, and Hollie, eight, were described emphatically as “goals” by fellow presenter Myleene Klass.

It comes years after the presenter and her husband tragically lost their baby in 2011.

Amanda previously revealed she ended up going to therapy to deal with the pain that came as a result of having a stillborn baby.

Speaking to The Sun, she said: “Chris was terribly British about it, went once and was like, ‘Right, I’m cured’, whereas I continued. I went to this amazing clinic run by a woman called Zita West for hypnotherapy.”

Meanwhile, it was recently reported Amanda and her BGT co-stars will perform alongside former winners in this year’s Christmas special.

Accordingly, the special will see the likes of Diversity teaming up with the judges for some unique festive performances.

A source told The Sun: “The judges wanted to get up and do their bit in the Christmas special to put a smile on viewers’ faces.”