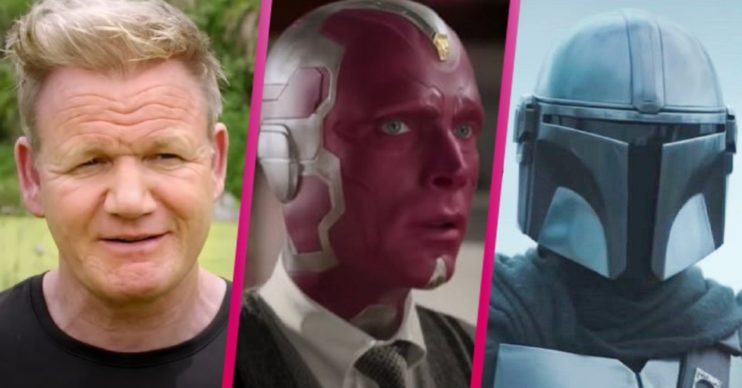 Disney Plus UK February: Six shows it’s worth getting the streaming platform for

Some shows justify the subscription fee all on their own

Potential UK Disney Plus customers this February will be blown away when they see the range of content on the streaming platform.

There’s so much on there that, as with Netflix and Amazon Prime Video, it’s easy to become mired in the process of simply looking for something to put on.

Others might see the Disney brand and think it only has kids’ shows or it’s not for them. However, there’s pretty much something for everybody!

What’s more, some shows on there are so good that, taken on their own, they make the subscription worth getting. Here are six of the best programmes you can watch on Disney+ right now.

Best shows on the UK Disney Plus

WandaVision is the latest offering in the Marvel section of Disney+, which already contains all the beloved superhero blockbusters.

However, WandaVision is strikingly different as it’s a blend of classic television shows from the ’50s and ’60s.

It tells the story of Wanda Maximoff and Vision, who are two super beings trying to conceal their powers as they live bizarre, idealised suburban lives in the town of Westview.

The Mandalorian is the first live-action Star Wars TV series.

The show centres on the titular Mandalorian Din Djarin, a member of a once-powerful creed of super warriors who travels the galaxy hunting down criminals.

This documentary series offers an in-depth look at the history behind the Disney theme parks and the brand’s attractions around the world.

Obviously it’s good for Disney fans, but even if the brand’s just something your kids are into, or you’ve grown away from as an adult, it’s fascinating nevertheless.

Disney+’s description reads: “Given unprecedented access, Academy Award-nominated filmmaker Leslie Iwerks leads the viewer on a journey behind the curtains of Walt Disney Imagineering, the little-known design and development centre of The Walt Disney Company.”

Great Migrations is a nature documentary series showcasing migratory animals and their epic struggles to move around the planet.

Filmmaker Leslie Iwerks leads the viewer on a journey behind the curtains.

It also examines the science behind these often-deadly around-the-world marathons that all manner of creatures make.

Over 600 episodes of the beloved cartoon are available to watch on Disney+.

The platform also includes The Simpsons Movie, which released in cinemas back in 2007.

Read more: All the reasons you MUST watch Bridgerton as drama becomes biggest EVER Netflix show

Basically, there are 31 seasons of The Simpsons on there, and if you think you’ve seen them all already, there are bound to be classics you’ve completely forgotten about.

In Gordon Ramsay: Uncharted, the telly favourite journeys to remote locations seeking out culinary inspiration and incredible gastronomical experiences you can’t get anywhere else.

What will you be watching on the UK Disney Plus? Leave us a comment on our Facebook page @EntertainmentDailyFix and let us know.