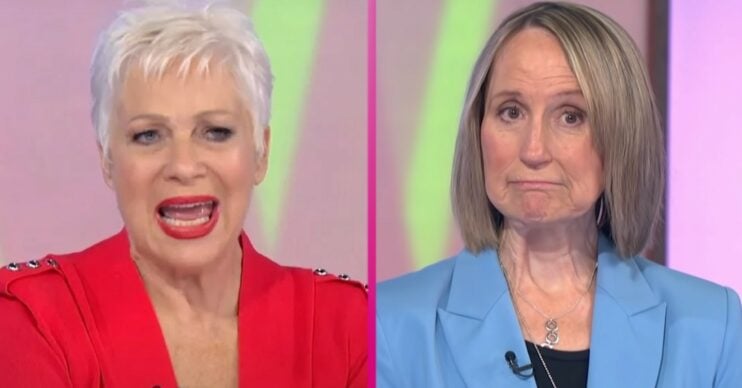 The panellists have spoken out!

It comes after reports claimed that some of the show’s stars were refusing to work with Coleen Nolan.

However, Denise and Carol have since hit out at the rumours.

The former Coronation Street star explained that she would never speak about her fellow colleagues.

Denise shared: “To those journalists asking via my agent if I’ll speak ‘off the record’ about my @loosewomen colleagues.

I’m too old and I don’t need the work

“The answer is never. All I will say is that I would never work in a [bleep], backstabbing environment. I’m too old and I don’t need the work.”

Responding to Denise’s tweet, the 61-year-old added: “Same. Never have and never will. Nuff said.”

The pair were inundated with supportive messages from fans.

One said: “Great stuff ladies… there’s enough of that going on.”

“Bloody well said Denise,” another wrote, while a third added: “Loyalty is free and priceless at the same time.”

What are the Loose Women rumours?

According to reports, “drama behind the scenes is blighting ITV’s hit daytime show” due to bust-ups with Coleen, 56.

It’s reported that Nadia Sawalha and Stacey Solomon have told producers they do not wish to feature on the ITV show alongside the star.

In addition, the report also highlighted a spat on the show between Coleen and Janet Street Porter in which Janet was called “rude”.

Coleen later addressed the claims, saying: “Nothing printed in The Mail article today is true and I am taking legal advice about the slurs on me personally.

“We’ll also be addressing it on @loosewomen. Thanks for your support. Love Coleen xx.”

However, the star failed to mention the reported feud on the show – leaving fans disappointed.

But the star explained that she had a good reason.

“I’m so sorry we couldn’t say what we planned to today but my lawyer advised me to go through the legal process,” she tweeted after the show.

“But rest assured you will hear the outcome of this and I will share it when I can. Thank you all for your support as ever. Love Coleen x.”