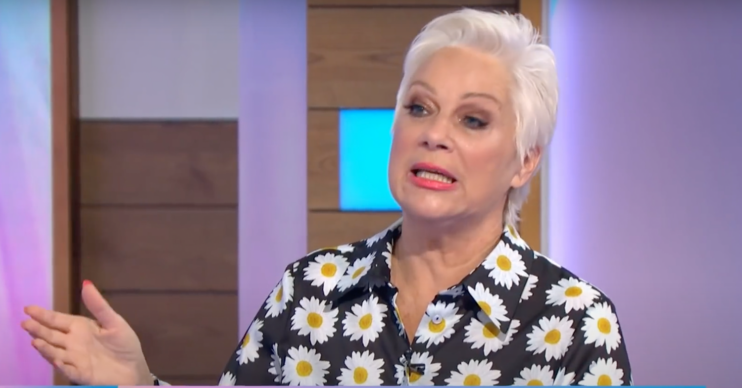 Fans were quick to show support

The profile shows a headshot of Denise that was later changed to a picture of the star lifting up her top to flash her bra.

However, the Loose Women favourite has issued a plea to fans and bosses at the site, insisting that she’s been scammed and someone is impersonating her.

Denise took a screenshot of the page on Gettr and posted it to Twitter.

It featured her headshot and a picture of her sons taken from her Twitter profile.

“Dear @GETTRofficial. Someone has set up a Gettr account taking my profile from here. Please look into this for me,” she pleaded.

Later, she added to fans: “Someone has set up a fake account pretending to be me on @GETTRofficial. Please do not interact with this account!!! I’m not on @GETTRofficial yet. I’ll let you know when I join.”

Dear @GETTRofficial
Someone has set up a Gettr account taking my profile from here. Please look into this for me. pic.twitter.com/RjXoH1ht2a

Didn’t think it was you 🤨 changed profile pic pic.twitter.com/qUCPhX1Uri

Fans of the Loose Women panellist were keen to help the star out.

One said: “Reported, blocked and shared. I did suspect this yesterday because of the lack of a red tick. You should join GETTR though – it’s buzzing.”

Another commented: “Reported as hacked.”

“Thanks for the heads up, unfollowed the fake account!” said another.

“Just unfollowed the fake you on GETTR. Hopefully it will be taken off. Hope to see the real you on there soon,” another added.

Another declared that the people ho created the app were “evil” and sent their sympathies to Denise.

“Sorry to hear this. Jeez there are so many evil people in the world,” they said.