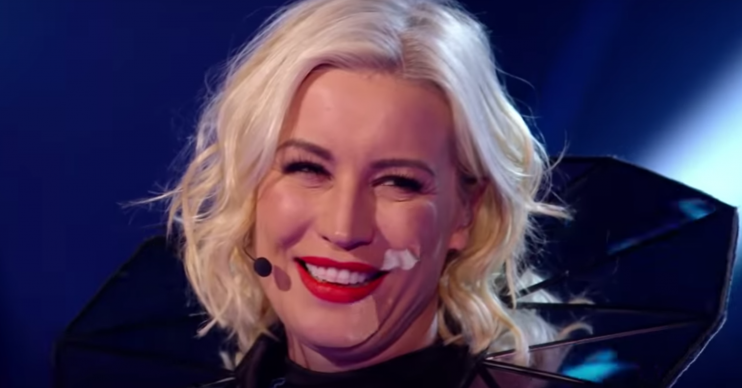 She was the Fox… and Denise certainly foxed young Betsy!

The Masked Singer Fox star Denise van Outen proved her cunning last night as she managed to wind up her daughter during her big reveal.

The 45-year-old TV fave apparently managed to keep her singing show secret from ITV audiences for several weeks – but it seems even her closest family weren’t in on it.

As it turns out her daughter Betsy had no idea her mum was under the mask, either.

But her reaction as the big reveal was made tickled thousands of Denise’s followers on social media after she filmed the moment the Fox’s true identity was divulged.

WHAT THE FOX 🦊🤯 It's all in the clues 👀🤔🕵️‍♀️ Who guessed their IDENTITY correctly? 🚨🙌 #MaskedSinger

“You!” an excited Betsy shrieked, just moments after she, her celebrity mum and a pal chanted “take it off!” along with the studio audience as the trio watched at home.

“It was you the whole time!” she giggled as all three fell about excitedly.

It was you the whole time!

Sharing the clip on Instagram earlier today, the hilarious post quickly racked up tens of thousands of Likes and views.

Making use of a crying laughing emoji, TOWIE star Danielle Armstrong commented: “This is brilliant.”

Surprise! Kept it to myself for weeks 🙊. Sneaky fox 🦊 🎤🐾. #themaskedsinger #surprise

Love Island presenter Laura Whitmore added: “This is so adorable.”

“Brilliant. Haven’t laughed so much in ages,” reacted another commenter.

And someone else, indicating they were amused with a string of laughing emojis, contributed: “Hilarious!”

Thanking fans for their support last night, the ex Big Breakfast star joked: “At last, I can finally tell the truth. My mask has slipped.

“After many weeks sneaking around being an undercover singing fox, dealing with endless questions from friends and family, telling constant lies and tales (bushy ones!), I started to dislike the fox I had become.

“But once you’re out, you’re ‘out out’ – no going back in the Den! This is where the fun begins.

“Thank you for your constant support and love, I’ve enjoyed every minute of being on #themaskedsinger. Best of luck to next weeks finalists and congratulations to the whole team and crew on a fantastic series. Queen Bee for the win #bekindtofoxes #themaskedsinger (sic)”.

Also unmasked on Saturday was CeeLo Green, who had been wearing the Monster costume.

Now I’ve been unmasked 🦊🎤🐾 I can finally talk about what I’ve been up to the past few weeks. I’ve been tucked away in a studio recording an album with the fabulous @mrsteveanderson . I know I always appear to be super confident (another mask) I actually lost confidence in myself when it came to singing. As a mummy I stepped back with my singing and stage career to make sure I never missed precious moments with my daughter. It was a moment last summer when I was singing in the shower when Betsy my 9 year old daughter said to me “mummy, why have I never heard or seen you sing on stage?” That made me realise I had to get back to what I’ve always loved doing. @themaskedsinger gave me the chance to get my confidence back. Thank you for all your lovely comments week after week. This cheeky little fox is a happy little fox 🦊 #themaskedsinger #bekindtofoxes

– The Masked Singer continues next Saturday on ITV at 7pm