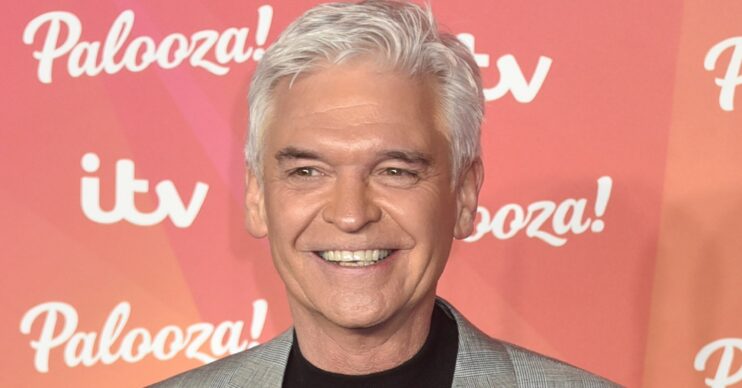 Phil admitted it would be a show he would do

Dancing On Ice host Phillip Schofield has revealed why he’ll never do I’m A Celebrity.

The This Morning presenter admitted he does actually want to do the programme but there’s one thing that puts him off.

And it’s not the gruesome Bushtucker trials or the food rations. It’s actually the metal tins and metal spoons that campmates have to eat with!

Why won’t Phillip Schofield do I’m A Celebrity?

Speaking to ITV ahead of Dancing On Ice‘s launch, Phil said: “It surprises me because people sign up for it [Dancing On Ice] because I wouldn’t.

Phil admitted he isn’t scared of any of the trials.

What else did Phil say?

When asked whether the eating trial with a fermented egg would put him off, Phil continued: “I’d probably gag obviously, the same as everyone else does.

“The reason I can’t do I’m A Celeb, is that they eat with their metal tins and metal spoons and the one thing that goes through me, even now I’ve got goose pimples talking about it, is metal on metal.”

He added: “So, I could never do it for that reason.

“So, it’s not because of any of the trials or any of the bugs but if they are given wooden cutlery then maybe.”

Phil is back on screens tonight for the launch show of Dancing On Ice.

He hosts the series with Holly Willoughby.

Earlier this week, Phil opened up about the difficulty the contestants face compared to BBC show Strictly Come Dancing.

He said to ITV: “I love Strictly. But compared to the skills that are required for Dancing On Ice it’s a walk in the park.

“[With Dancing On Ice] you have the possibility of real danger, real injury.”