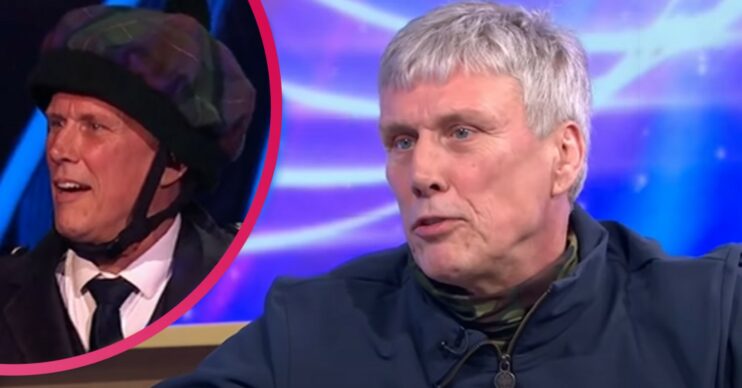 Dancing On Ice: Bez admits ‘guilt’ over still being on show

Bez made it through another week last weekend

Dancing On Ice star Bez has revealed he’s apologised to his co-stars as he remains in the competition.

Happy Mondays star Bez, 57, has entertained viewers on the ice rink since his debut last month.

But Bez has said he felt “guilty” after seeing Ben Foden, Ria Hebden and Rachel Stevens leave the competition over the last few weeks.

This is because he said he knows the people “who have been voted out are actually better than you”.

Bez on Dancing On Ice

Speaking to The Sun, the star said: “I feel so awful for everyone, like Ben. He skated brilliantly and he was really strong, doing massive lifts on his first skate. I felt really bad.

“Then Ria went out and I felt really bad again. Then Rachel went and she’s so beautiful. I was like, ‘Aarrrgh!’”

He added: “I just feel so awful. The judges having the final say is my only saving grace. That stops me completely crumbling about it.”

Bez said he really appreciates the public for giving him “massive support”.

He insisted that he’s determined to “improve again this week and skate a little bit better”.

Bez said the other skaters are his “inspiration” and he wants to try and “get somewhere near their level”.

The star has been keeping viewers entertained with his performances.

Some people even declared that he was “saving” this year’s series.

However, some viewers weren’t happy when he made it through last weekend’s show.

Rachel was sent home by the judges however, viewers were gutted and criticised Bez being saved.

One person said on Twitter: “WTF!! How is it that Bez has gone through… this programme is like all the rest, a popularity contest!!”

Another wrote: “We can’t believe that Bez has gone through to next week. There are fair better skaters than him.”

However, a third tweeted: “Absolutely love Bez on #DancingOnIce – yes, he’s not the best skater but he’s giving it his all.”

Dancing On Ice continues on ITV, Sunday February 13, at 6pm.

Do you enjoy watching Bez on Dancing On Ice? Leave us a comment on our Facebook page @EntertainmentDailyFix and let us know.