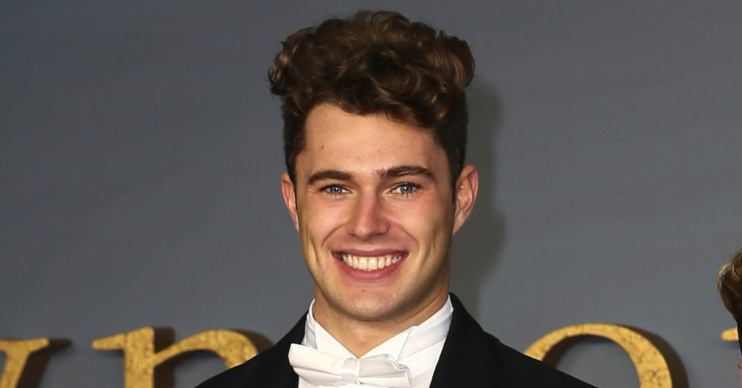 He says he'll have his "fingers crossed"

Curtis Pritchard is confident that his relationship with Maura Higgins won’t fall victim to the dreaded Dancing On Ice ‘curse’.

Maura, 28, was confirmed as a contestant on the ITV show earlier this week, and is sure to turn a few heads when the series kicks off in January.

However, Curtis, 23 – who got together with Maura on this summer’s Love Island – says he’ll have his “fingers crossed” that she isn’t tempted to stray with a hunky skating professional.

Dancing On Ice has led to a number of high-profile break-ups over the years, leading some people to think that there’s some kind of curse attached to the show.

Last year, Wes Nelson broke up with his Love Island girlfriend Megan Barton-Hanson, reportedly after she became jealous of his closeness to professional skater Vanessa Bauer.

And Hollyoaks star Jennifer Metcalfe, who found love with skater Sylvain Longchambon on Dancing On Ice, was later dumped when he started dating another of his dance partners, Corrie actress Samia Ghadie.

However, Curtis appeared to scoff at the idea of a curse, telling The Sun Online: “It’s only a curse if you believe in it. I’m sure Maura will be fine. Fingers crossed.”

Read more: Maura Higgins turned down Dancing With The Stars for Dancing On Ice

Curtis and Maura have been working apart recently, with Maura telling the Irish Mirror that the couple haven’t seen each other for two weeks.

However, Curtis insisted that wasn’t a problem, adding: “We do phone calls and messages. Distance often makes the heart grow fonder.”

Amazing night with @maurahiggins … I’m so proud for everything she has achieved. Isn’t she just stunning ??? ❤️

Though Curtis doesn’t fear the Dancing On Ice curse, he does think the show will be hard work for Maura.

He told The Sun Online: “I don’t think she realises how tough it’s going to be, but she’ll be incredible.”

Maura will be joined on Dancing On Ice by stars including Michael Barrymore, Joe Swash and Corrie actress Lisa George.

However, one person who won’t be seen on next year’s show is Jason Gardiner.

The long-time judge took to Instagram to tell his fans that he’s decided not to do any more series.

In a video message, he said: “After all these years I feel it’s time for me to say goodbye to my judging role and return to things I’ve been putting on the back burner for a while.

“To all of my DOI fans, I really thank you for your support and encouragement over the years. I know we’ve gone through some controversies and I’m grateful you got my unique judging style and honesty.”