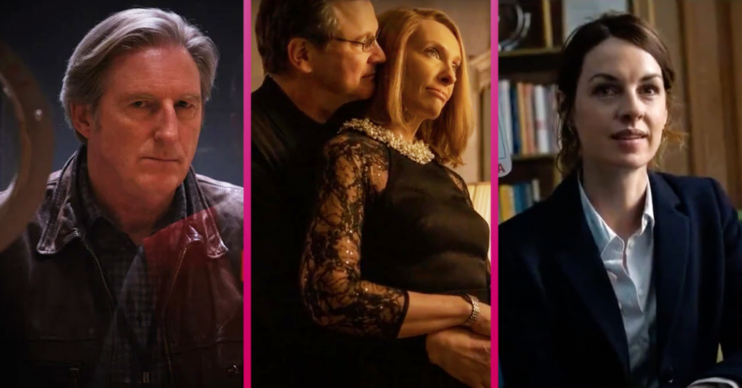 Upcoming thrillers and crime dramas to look out for

Nothing can beat sitting back and enjoying a gripping crime drama series as good as Our House late at night.

However, now that the ITV series has come to an end, viewers are sure to be craving more nail-biting shows to binge.

So the good news is, we’ve rounded up seven upcoming thrillers and crime dramas to look forward to.

Read on for more!

Jessica Raine and Doctor Who’s Peter Capaldi are set to star in the Amazon Prime series The Devil’s Hour.

The drama tells the story of a woman who wakes up every night at exactly 3:33am, in the middle of the devil’s hour between 3am and 4am.

Stylist said that the new thriller “sounds scary as hell, so prepare for some sleepless nights”.

The series is rumoured for release some time towards the end of 2022.

The Staircase is a mini-series based on a 2004 true crime documentary.

It stars Colin Firth as Michael Peterson, a writer convicted of murdering his wife Kathleen Peterson, played by Toni Collette.

The nail-biting series will air on HBO Max later this spring.

ITV’s The Suspect is an upcoming psychological thriller, expected to air towards the end of 2022.

The series is a gripping five-part drama, adapted from Michael Robotham’s best-selling novel.

Poldark star Aidan Turner will also play the role of Dr Joseph O’Loughlin, who’s described as a complex character with a hidden dark side.

The Daily Express has promised the new show will have viewers “on the edge of their seats”.

The Control Room is a three-episode drama set in Glasgow about an emergency call handler named Gabe.

Gabe’s world is turned upside down when he receives a life-and-death call from a woman who claims to know him.

Find out what’s in store for Gabe as he desperately tries to work out who the caller is in this exciting thriller from BBC Scotland.

The BBC has not confirmed the release date for the thriller but it will hopefully drop this year.

The leading man revealed: “The Control Room is one of the most exciting scripts I’ve ever read. I was on the edge of my seat the whole time so I’m thrilled to now be bringing it to life.”

Ridley is ITV’s latest drama about a murder detective forced out of retirement by a complex case.

The show stars Line Of Duty’s Adrian Dunbar who will play the role of the retired detective.

ITV teased: “Turning to her old mentor for support, Carol is keen to access Ridley’s unique insight into crime-solving which has served them so well in the past.

“With more intriguing cases to solve, Ridley will revive his formidable and successful partnership with Carol.”

Bronagh Waugh – seen most recently in Our House – plays Carol.

Ridley began filming earlier this year which means we may see it on our screens towards the end of 2022.

The Northern Irish six-parter, from the writers of The Salisbury Poisonings, follows a batch of young rookie police officers in Belfast.

Blue Lights follows the story of Grace (Brooke), a mother of a teenage boy who has made the decision to leave her steady job as a social worker to join the Police Service of Northern Ireland.

Having previously worked in social care she straddles a fine line between the personal and professional.

It’s the biggest gamble of her life, and just a few weeks into the job, she’s making so many mistakes that her decision no longer looks like a winning bet.

The BBC One drama will air later on this year.

Based on Jake Adelstein’s 2009 book, Tokyo Vice is about the Japanese criminal underworld.

It follows Jake Adelstein (Elgort), an American journalist who plugs into the Tokyo Vice police squad and descends into the neon underbelly of Tokyo.

The series will also be airing soon on HBO Max. It starts on April 7 2022.

What upcoming crime drama series will you be watching? Head to our Facebook page @EntertainmentDailyFix and let us know.