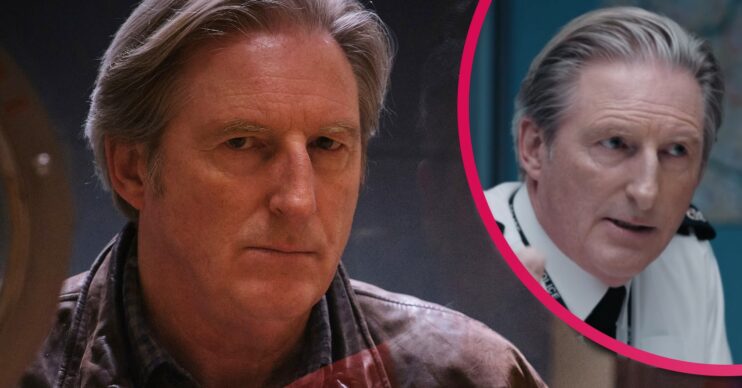 Adrian is no stranger to uniform

Adrian, 63, is a beloved household name thanks to his iconic portrayal of Superintendent Ted Hastings in Line of Duty.

But now he’s back as another copper – how many times has Adrian actually played a man of the law?!

What is Ripley starring Adrian Dunbar all about?

ITV says that Ripley has now begun filming in Lancashire.

And, furthermore, the coming months will see the production team and cast travel across the north of England to film in various locations.

As for the drama itself, Adrian plays retired detective Ripley, who’s now working in a consultancy role.

He resumes his partnership with his former protégée, DI Carol Farman (played by former Hollyoaks star Bronagh Waugh), who is now in charge of investigations.

Carol needs him to help out on a baffling murder case…

What did Adrian Dunbar say about the show?

Adrian says: “Ridley has begun shooting and we really couldn’t be off to a better start.

“Despite the wintry weather, everything from cast and crew right down to the catering is excellent.

“Bronagh Waugh has stepped into her character’s shoes seamlessly and we have been joined by some great actors with more to come.”

Has Adrian Dunbar ever played a policeman before?

Aside from Ted Hastings, Adrian is no stranger to playing members of the police force.

He’s appeared in numerous crime dramas and thrillers throughout his career.

These include Inspector Morse, Cracker, Cruel Train (with Poirot star David Suchet) and Alan Bleasdale series Melissa in the 1990s.

In the next decade there was Murphy’s Law with James Nesbitt, The Jump and Child Of Mine.

And, more recently, you can see Adrian in A Touch Of Frost, Death In Paradise and Silent Witness.

When it comes to playing coppers (bent or otherwise), Adrian is no stranger to that, either.

In the 1992 drama series Screenplay he played DS Billy McCoubrey in the episode, Force Of Duty.

Then in Tough Love in 2000 – where he starred alongside Ray Winstone – Adrian played… yes… a bent copper!

Fast forward to 2012, and he appeared in ITV’s fab Scott & Bailey as Det. Supt. Rick Wallis.