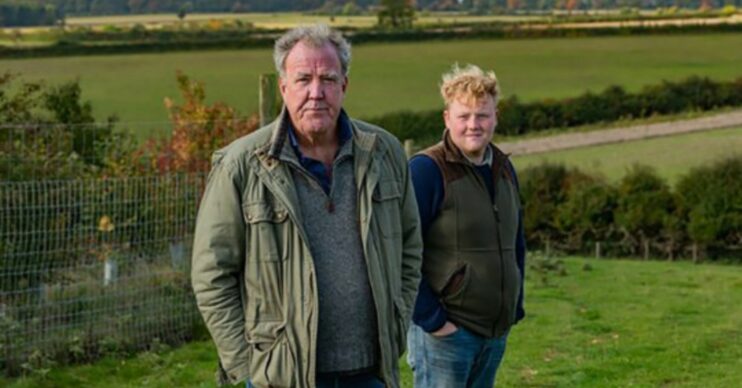 Clarkson’s Farm legend Kaleb Cooper is a dad! How old is he and is he married?

Clarkson’s Farm is a new Amazon Prime Video series in which Jeremy Clarkson can be seen trying to manage his own farm near the Cotswolds town of Chipping Norton.

In the show, the former Top Gear presenter can be seen working alongside – and sharing banter with – a man named Kaleb Cooper.

But who is Kaleb Cooper? In this profile, we’ll be taking a closer look at Jeremy Clarkson’s charismatic sidekick, homing in on his age, his background and his family life.

Who is Kaleb Cooper?

Kaleb Cooper is 21 years of age, and is a young farm hand who works alongside Jeremy Clarkson on the Amazon Prime Video series Clarkson’s Farm.

Where was Kaleb Cooper born?

He was born in the Cotswolds, close to where Clarkson’s Farm is filmed.

Kaleb was already working on the farm when Jeremy Clarkson took it over.

He told David Prever on his BBC Radio Oxford Breakfast Club show: “Jeremy bought the farm in 2008 and I worked for the chap who contract-farmed it.

“Jeremy came up and said: ‘I still need someone to farm the farm – would you be interested? You know every name of the field, every acreage of the field. You’re the perfect person to keep farming it.’

“I said: ‘Absolutely, I’d love to farm your farm.’ But instead of having the top man there, I was the top man.”

Does Kaleb Cooper have a family?

Yes. Kaleb has a partner, Taya, 23, and earlier this year the couple welcomed their son Oscar into the world.

Alongside a sweet picture of the tot, he wrote: “Would like everyone to meet Oscar George Cooper! Born 22nd of March. Time 8:18am. Weighing 7.7lbs.

“So so happy. Been a very long 28 hours! @tayaaaxx did an amazing job. So proud of her.”

Could we see Kaleb Cooper on other TV shows in the future?

Kaleb answered this on ITV’s This Morning, saying: “That’s a very big question and I’m not really too sure how to answer that. In terms of TV, I’ve loved it. I picked it up so quickly and the crew we had here – I got on with them so well.

“Personally, I would love to [do more telly], but as long as it’s included in the farming side of stuff. I wouldn’t want to do anything that isn’t farming.”

One thing he definitely ruled out was a certain reality show… “No, not Love Island,” he said.

“Maybe I’m A Celebrity. I’d be good on that. But I’m not sure, to be honest. We’ll see what the future holds.”

However it is looking like very positive news for a Clarkson’s Farm season 2 so we should be able to get our Kaleb fix in the future.