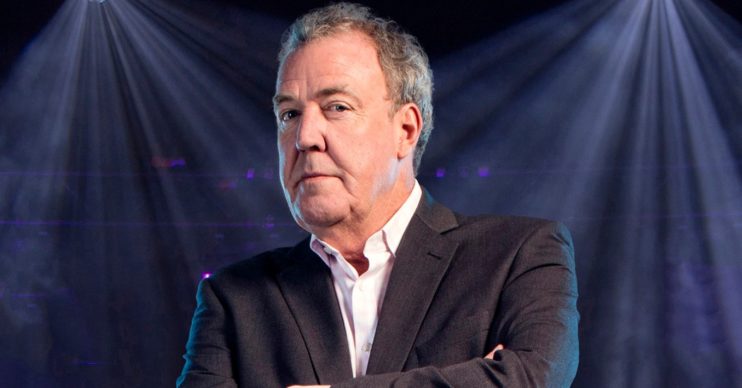 It started on ITV last night

It’s Clarkson On TV, a new show hosted by Jeremy Clarkson, divided viewers as it got underway last night.

The first episode of the series, which sees the Who Wants To Be A Millionaire? host offering commentary on the latest TV bits, aired on ITV on Saturday (April 3) night.

What did viewers say about It’s Clarkson On TV?

One branded it “TV for stupid people”.

Another tweeted: “#itsclarksonontv Really… you are way better than this.”

A third called the show “crap”

“Wow #ItsClarksonOnTV is properly awful,” said a fourth, scathingly. “Canned laughter at clearly unfunny script and slating anyone promoting climate change awareness. What are @ITV up to?”

A fifth demanded: “How objectionable can a programme get? #itsclarksonontv.”

A sixth wrote simply, “This is horrendous #ItsClarksonOnTV” while another called it the “worst” TV show they had seen.

Wow #ItsClarksonOnTV is properly awful. Canned laughter at clearly unfunny script and slating anyone promoting climate change awareness. What are @ITV up to??

How objectionable can a programme get ?#itsclarksonontv

Whoever commissioned #itsclarksonontv should be deeply ashamed, the worst show i've seen

However, not everyone felt that way and some appeared to enjoy it a lot, tweeting to say they found Jeremy’s quips “hilarious”.

“Just hilarious,” said one fan. “Like a comedy from the past. Well needed.”

A second wrote: “All the woke brigade crying like babies over this show… I think it’s the best show that’s been on ITV tonight! Please make a full series ITV #ItsClarksonOnTV.”

Someone else said: “Well 99% of people on Twitter seem to think this show is crap, but I’m enjoying it. It’s funny to me.”

Another called it the “best show by far tonight” with a string of clapping emojis.

Just hilarious. Like a comedy from the past. Well needed. #itsclarksonontv

All the woke brigade crying like babies over this show…. I think it’s the best show thats been on ITV tonight!! Please make a full series ITV #ItsClarksonOnTV

The TV host made jokes about the Duchess of Sussex, Meghan Markle, quipping that she appeared to fart during her chat with Oprah – based purely on the look on the royal’s face.

He also joked men can’t enjoy period dramas like Bridgerton and poked fun at some of the police lingo in Line of Duty – saying the acronym ‘CHIS’ sounded like something a lot ruder.

Some viewers compared the show to the likes of Harry Hill’s TV Burp.

What did you think of his new programme? Leave us a comment on our Facebook page @EntertainmentDailyFix and let us know.