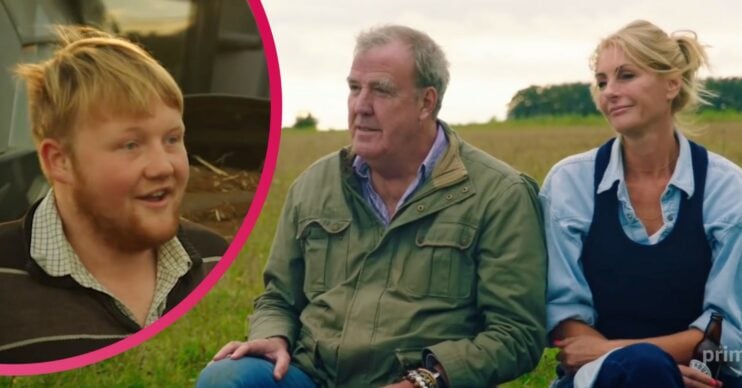 Is Clarkson’s Farm season 2 on the cards? It’s good news all round

Viewers have loved their visits to Diddly Squat farm!

Clarkson’s Farm is the TV show everybody is talking about right now – but will there be a season 2?

Love him or hate him, Jeremy Clarkson’s farming series has been a huge success – due in part to the mistakes he’s made along the way…

Here’s everything you need to know about a possible second series of Clarkson’s Farm and if the show is scripted.

Read more: Clarkson’s Farm legend Kaleb Cooper is a dad – how old is he and is he married?

A few months ago, few people would have associated Jeremy Clarkson with farming…

But his series Clarkson’s Farm – a year in the life of him running Diddly Squat farm in the Cotswolds – has proved a huge success.

The eight-parter has even broken all records on Amazon Prime Video.

So it’s not much of a surprise to hear that Jeremy has landed a second series.

According to The Sun, a second series is a “no brainer”.

A source told the newspaper: “Jeremy is Amazon’s golden boy and a new series is already in the pipeline.

“It’s rated five stars on Amazon and has a 9.3 rating on IMDB, which is practically unheard of.

“It means Jeremy’s fellow farmers Kaleb, ‘Cheerful’ Charlie and Gerald will all be in front of cameras on the farm again.”

Clarkson’s Farm second series: Will Jeremy be back?

Jeremy Clarkson has also revealed he’d be keen to make another series of Clarkson’s Farm.

In fact, the former Top Gear presenter said he’d be back in a second series “in a heartbeat”.

The 61-year-old told LADbible: “I’d do it in a heartbeat, because I’m carrying on farming, and I’ve got some really good ideas that I think would make another series – but that’s up to Amazon.

“If people enjoy the first one they’ll commission a second.

“They tend not to be emotional about this, Amazon, they just look at the figures, and then if they’re good enough you get a second series, and if they’re not you don’t.”

Response to the farming series

Clarkson has been blown away by the response to the show, he told fans.

“I’m genuinely amazed at the response to Clarkson’s Farm,” he said.

“Thank you all so much for your kind words.”

Fans have LOVED the series and are demanding a second series.

Another said: “Clarkson’s Farm is absolutely perfect. I love it.”

A third gushed: “Need another series of Clarkson’s Farm ASAP – such a great watch!”

Others believe farmer Kaleb Cooper deserves his own spin-off show.

“I need a Kaleb spin-off show where he gets a job in LDN Zone 1, and has to wear a suit and take the tube every day,” said one.

Another wrote: “Great show! Definitely need another season of #ClarksonsFarm or maybe do a spin-off and send Kaleb abroad!”

Clarkson’s Farm is not scripted.

Kaleb spoke on BBC Radio Oxford about the real life scenarios and arguments between himself and The Grand Tour star.

Speaking to David Prever he said: “None of that is scripted.

“I keep getting questions saying that must be scripted…

“But no, actually, I was genuinely really angry that day when he messed up the tramlines.

“If you have watched the show you see that I slam the door that hard, near enough all the cameras that are on there, the little GoPros, fell off.

“I didn’t speak to him for about three days after.”

Clarkson’s Farm is currently available to watch on Amazon Prime Video to all subscribers.