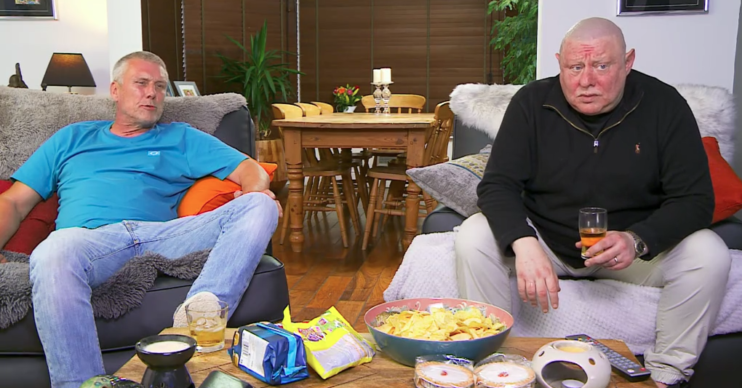 Viewers also complained over the lack of social distancing

Celebrity Gogglebox has been hit with Ofcom complaints over Shaun Ryder and Bez’s ongoing jokes about drugs.

The broadcasting regulator has received almost 200 complaints since the Channel 4 show first aired this month.

It comes after the pals have made numerous drug-related comments throughout the current series.

What did Bez and Shaun say?

In the latest episode, Shaun admitted while watching an episode of First Dates: “My chat-up line used to be, ‘Do you want a line?'”

While during a segment on Al Pacino’s Scarface, Shaun and Bez spoke openly about their previous experiences with drugs.

Shaun said: “When this film came out the cocaine in the country was absolutely [bleep].”

Bez replied: “If it was me and my first deal went like that, I wouldn’t bother again. It goes to show, don’t do business with people you don’t know.”

Ofcom have since confirmed their comments have received 17 complaints.

However, the vast majority of the other complaints stem from the cast appearing to break social distancing rules, which the show has ensured isn’t the case.

Shaun and Bez have been in the same house although they don’t live together. So have Nick Grimshaw and his niece Liv, Gyles Bandreth and friend Maureen Lipman, Ashley Roberts and her friend Jamie Theakston and Vic Reeves and Jools Holland.

What has Gogglebox said?

Following complaints, Channel 4 bosses have made it clear they are following strict social-distancing guidelines.

Alex Mahon, Chief Executive for Channel 4 said: “I’m phenomenally proud of the role Channel 4, alongside our production partners, has played over the last two months to help navigate audiences, particularly young and hard-to-reach viewers, through the COVID crisis.

“Unlocking the television production sector in a safe way will be vital to continuing to ensure we can both continue to serve our audiences and help sustain the livelihoods of those in the industry – and I’m pleased that we’ve been able to work in partnership with other broadcasters, DCMS and PACT to create this innovative new framework.”