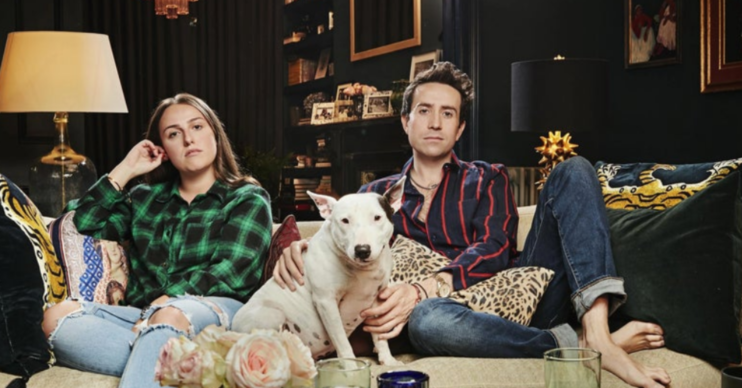 Viewers of last night’s Celebrity Gogglebox were left fuming, accusing the celebs of breaking lockdown rules by being in each other’s houses.

The Channel 4 show has come under fire for not following the restrictions during lockdown, with one of the stars, Happy Mondays’ Shaun Ryder openly saying he has flouted the rules.

When you go and see your mum but forget about the lockdown… @officialswr #CelebrityGogglebox pic.twitter.com/2AwSyju05c

He and bandmate Bez were in the same house although they don’t live together. So were Nick Grimshaw and his niece Liv, Gyles Bandreth and friend Maureen Lipman, Ashley Roberts and her friend Jamie Theakston and Vic Reeves and Jools Holland.

Read more: Eamonn Holmes brands Gogglebox ‘idiotic and cruel’ for edit of him

However, current lockdown laws state that groups of up to six people from different households can meet outside or in the garden of someone’s home. A person can briefly go into someone’s house to use the toilet, but it must be cleaned afterwards.

‘Am I missing something?’

However, the celebrities in question were sitting inside together (although they were distanced) and some were even sharing food.

Eagle-eyed viewers weren’t letting the celebs get away with it, especially when they were discussing the Dominic Cummings lockdown row when it was shown on the TV.

How are celebs on #Gogglebox allowed to be in the same house when not part of the same family! 🤔 #lockdown

Am I missing something? Watching Celebrity #Gogglebox and everyone seems to be inside and breaking the lockdown rules. What’s going on? @susannareid100 @piersmorgan

Why are @C4Gogglebox filming people who don’t live together in the same house?? Didn’t know I was allowed to go round and watch telly with my mate from 1-2m away 🤔 thought we could only see people from other households outside?? 😒🧐🤨 #Gogglebox #BadExample #Lockdown

I’m not sure how the celebs on Gogglebox are adhering to lockdown rules if they’re in the same house. We’re not allowed to have people outside the household inside the house so how come these celebs can? Bit off. 😒

It read: “When you go and see your mum but forget about the lockdown…” 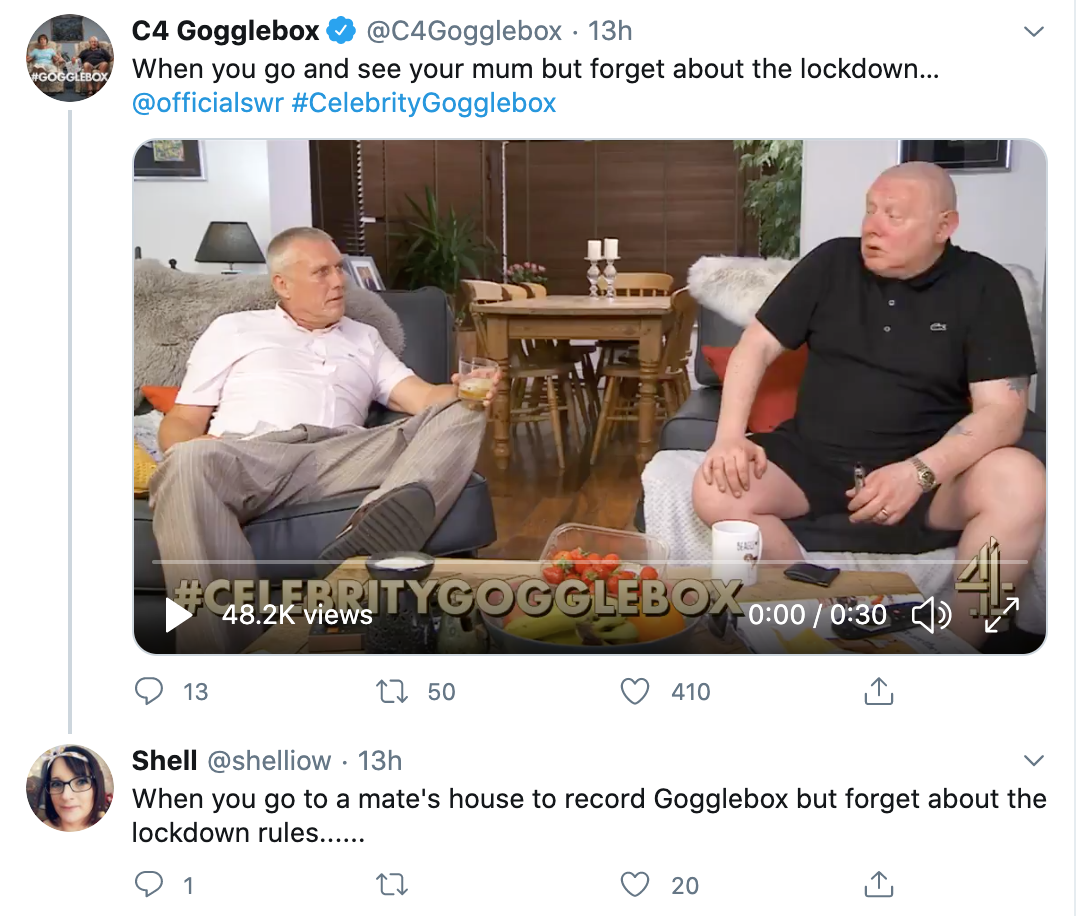 Someone hilariously responded to the tweet: “When you go to a mate’s house to record Gogglebox but forget about the lockdown rules…”

Entertainment Daily has reached out to reps for comment.

Do you think the celebs broke lockdown rules? Visit our Facebook Page @EntertainmentDailyFix and let us know what you think.