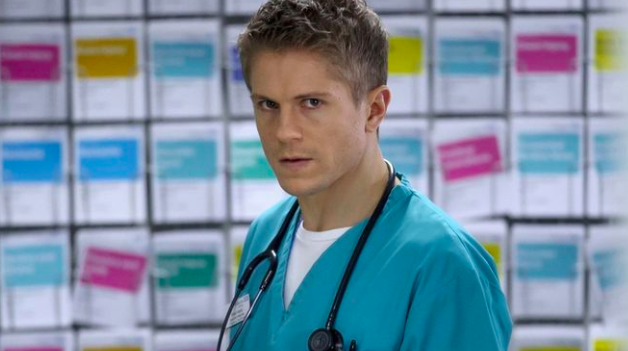 Casualty WILL air this weekend after being removed from the schedules

And it's all because of coronavirus!

Fans of Casualty will be pleased to hear that the BBC medical drama will air this week, after previously being removed from its usual spot for sport.

This Saturday (March 14), BBC One had cleared its usual schedule to accommodate Six Nations rugby.

However, the match between France and Ireland has now been postponed because of concerns over the coronavirus outbreak.

The Women’s Six Nations fixture between Wales and Scotland has also been postponed after a Scottish player tested positive for the virus.

A further seven members of the Scotland camp – players and management – are self-isolating.

All of this means Casualty will air as normal at 9.15pm.

We see new paramedic Fenisha joining Lev on a shift, who soon catches Will’s eye in the emergency department.

While Ethan is delighted to see Fenisha again – especially as she hasn’t been returning his calls since their night together – things soon turn uncomfortable when she agrees to go on a date with Will.

Meanwhile, Rash nervously stands in for Archie at a conference for junior doctors, and learns to trust his own judgement when he is confronted with a bullish patient.

But, when the conversation does not go well, Jacob is forced to take action.

Fans of BBC1’s serial dramas, including EastEnders, Casualty and Holby, have been disgruntled recently after their favourite TV shows have been cancelled in favour of sport.

Just last week, BBC viewers slammed the channel for “ruining their evening” when Live Match of the Day: The FA Cup replaced its usual line-up.

Do you mind sport replacing your fave TV shows once in a while? Leave us a comment on our Facebook page @EntertainmentDailyFix and let us know what you think!