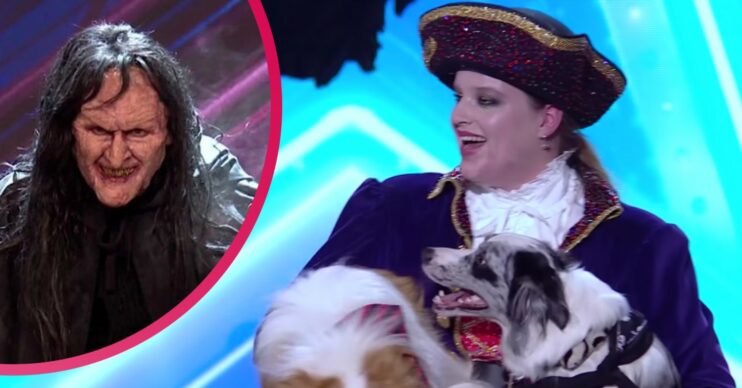 This will set the cat amongst the pigeons

Britain’s Got Talent has announced the wildcard act – and fans won’t be happy.

The judges – Simon Cowell, Amanda Holden, Alesha Dixon and David Walliams – have agreed on which act to bring back for Sunday’s grand finale.

But they chose Amber and The Dancing Collies over the rest of the week’s third place acts.

The canine act will join the ten other finalists and perform for the public vote on Sunday night, to be crowned the winner of Britain’s Got Talent 2022.

Amber appeared on Tuesday night’s show where she performed with her dogs Nymeria and Ruby.

Read more: Britain’s Got Talent judge David Walliams on not ‘ruling out falling in love with a man’

She hit the top three before it came down to the judges.

Only Amanda voted to send her to the final with the other three voting for rival musical duo Flintz & T4ylor.

But it means Amber and the pooches will now compete on Sunday night’s finale after landing the coveted final spot.

However fans are set to be unhappy at the decision.

Britain’s Got Talent viewers launched a campaign to convince the judges to bring back magic act The Witch back – insisting their semi-final performance had been ruined by the judges.

Viewers watched as the judges made repeated jokes through the act.

It took away the tension of the moment.

But fans have demanded the act be put through to the final.

One said: “The Witch better be the wildcard or else.”

A second added: “Think the wildcard should be The Witch.”

But a third said: “Surely The Witch has to be the wild card after the judges made fun out of their act and completely ruined it.”

The acts to perform on Britain’s Got Talent’s grand finale are Maxwell Thorpe, Jamie Leahey and Ben Nickless.

They will also be joined by Flintz & T4ylor, Tom Ball, Eva Abley and Loren Allred.

The live final of Britain’s Got Talent starts on Sunday at 7.30pm on ITV and ITV Hub.