There wasn't a dry eye in the house as dance troupe MerseyGirls made an emotional return to Britain's Got Talent in last night's edition of The Champions.

The girls first appeared on the show back in 2017, when one of their members, Julia Carlile, revealed it could be the last time she would ever perform. 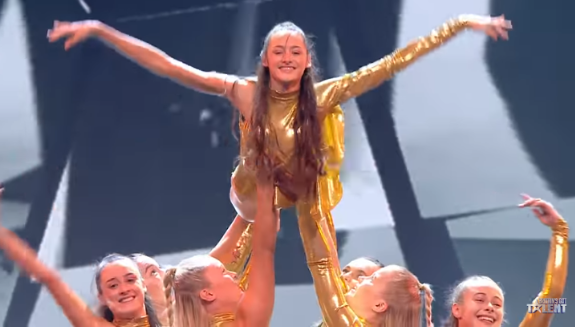 Julia was back on stage after recovering from surgery (Credit: ITV)

She was suffering from scoliosis and urgently needed surgery in order to carry on her passion for dancing.

Mersey Girls have broken me. Sobbing like a baby.

Simon Cowell was so moved by her plight he offered to pay £175,000 for her to have the treatment she needed in America.

On Saturday's show, Julia returned to the stage with her friends to perform a routine inspired by the journey she had been on. 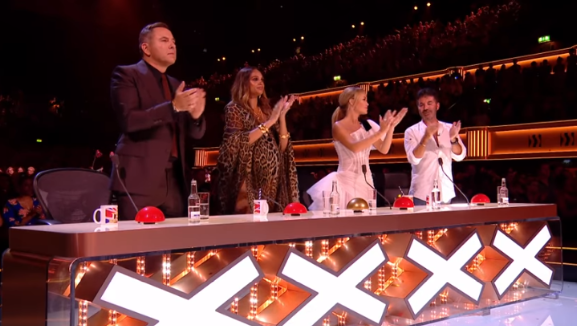 The judges were all teary as they gave a standing ovation (Credit: ITV)

And she proved she's fully recovered as she leapt and back-flipped across the stage to the delight of the audience!

The judges were so moved and impressed by the performance, they gave the girls a standing ovation with tears in their eyes.

David Walliams summed it up best as he said: "Wow, that really was emotional. We're all absolutely in bits and I'm sure the nation is too."

He was right, as many viewers took to Twitter to say how overcome they were by seeing Julia dancing again. 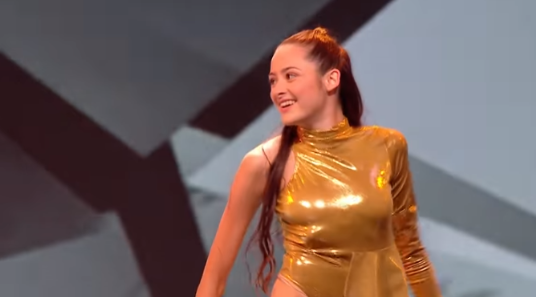 "Watched bgt tonight and I'm in bits watching the Mersey girls, well done to them they deserved to get through," wrote one.

"Properly full on cried watching Mersey Girls ... @juliacarlile_x you are an inspiration," said another.

"Mersey Girls have broken me. Sobbing like a baby," agreed a third.

Another wrote: "Oh my god, Mersey Girls on BGT tonight, that was amazing. It made me cry, hope they get through."

The girls did indeed make it to the final after being voted through by the "superfans".

However, not everyone was happy about the result, with some saying other former BGT winners were "robbed".

What did you think of the MerseyGirls performance? Did they deserve a place in the final? Leave us a comment on our Facebook page @EntertainmentDailyFix and let us know what you think!