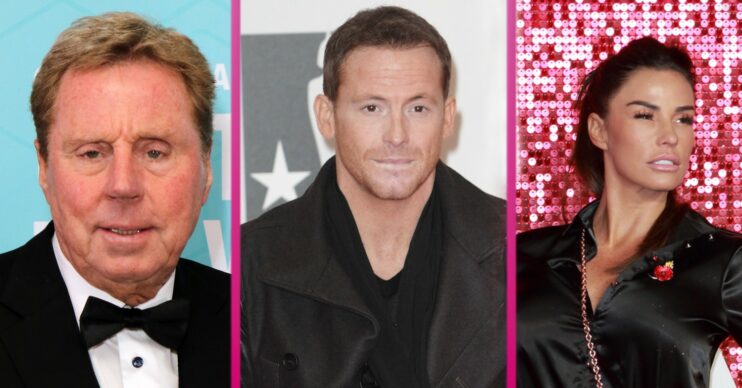 I’m A Celebrity has seen a range of famous contestants win over the nation’s hearts.

But who is their favourite contestant of all time?

The British public have finally voted for their all-time IAC bae and here are the results!

Football manager Harry Redknapp has been crowned as the public’s favourite contestant ever.

Back in 2018, Harry won over the nation during his heartwarming appearance on I’m A Celeb.

According to Betfair Casino, viewers loved him so much that 24% of the public voted him as their favourite contestant.

King of the jungle

During the three weeks, Harry charmed us all with entertaining stories about his life and his great efforts in the Bushtucker trials.

Read more: The highest paid stars to join the I’m A Celebrity line up

From learning new slang to expressing his love for jam roly polys, the football legend kept us all belly laughing throughout the series.

So it’s no surprise that he also became king of the jungle!

In second place is Joe Swash with 17% of the public voting for him as their favourite contestant.

Joe Swash was also king of the jungle back in 2008.

Read more: Hotel where Ant and Dec are staying for I’m A Celebrity 2021 revealed

Viewers at home loved Joe’s sense of humour and determination in the trials.

Out of all the trials he took part in, he only missed one star the entire time!

He even returned to the Australian outback for the spin off show Extra Camp which he hosted for 10 years until 2019.

Katie Price loved her experience in the jungle so much that she returned back to the show in 2009.

The first time she was on the show in 2004 she shared a steamy romance with her fellow campmate Peter Andre.

She appeared once again in 2009 but she only lasted nine days in the jungle until she decided to quit.

Although Katie never became queen of the jungle, 14% of the British public still voted for her as their favourite contestant.

Following Katie is Peter Andre with 11% and former queen of the jungle Vicky Pattison with 9%.