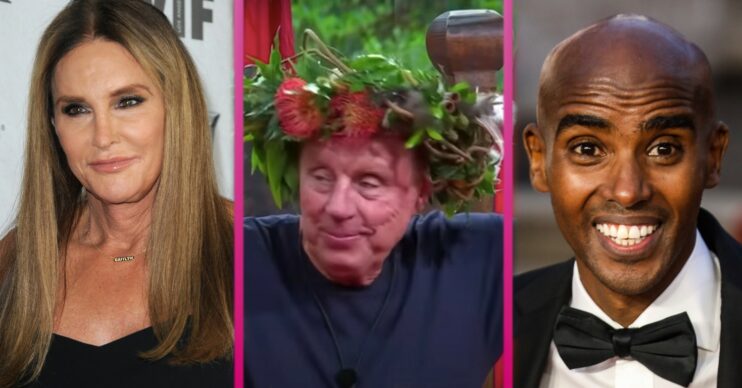 I’m A Celebrity: From Caitlyn to Mo, the highest-paid stars to ever join the line up

You won't believe how much these celebrities got paid

I’m A Celebrity is back this weekend with a new line up of stars ready to take on Gwrych Castle.

From taking on their worst fears to being humiliated on live TV, the contestants are expected to go through a lot for their appearance on the show.

So you can’t imagine these celebs leaving without a hefty sum of money…!

Here’s a breakdown of the highest-paid celebrities throughout the show’s history.

According to reports, Deal or No Deal presenter Noel Edmunds is the highest paid contestant of all time.

In 2018, Noel’s time in the jungle was very short-lived because the public voted him out first.

Read more: Ant and Dec targeted by locals ahead of I’m A Celeb 2021 launch show

However, even though he didn’t win the show, that didn’t stop him from reportedly pocketing a whopping fee of £600,000.

Everyone was shocked to find out that Hollywood’s very own Caitlyn Jenner was entering the jungle in 2019.

But, of course, she didn’t do it for free.

According to reports, the TV personality received a substantial fee of £500,000 as a result of her jungle appearance.

Football manager Harry Redknapp won the hearts of the nation back in 2018.

He even went on to win the series and be crowned King of the Jungle.

After his great efforts, Harry was rewarded handsomely – he reportedly secured a hefty £500,000 fee.

Boxing champion Amir Khan had never even seen the show before taking on the jungle in 2017.

But that didn’t stop the star netting a healthy sum of money for his appearance.

In fact, before Noel Edmunds joined I’m A Celebrity a year later, Amir originally took the crown of the show’s highest-paid contestant.

The pundit reportedly bagged a mighty £400,000 for his stint in the jungle.

Sure beats the wages on Match of the Day, we’re guessing!

After her romance with Peter Andre in the jungle, Katie Price made a return to the I’m A Celebrity line up in 2009 – and for a good sum of money too!

Read more: How much are the stars getting paid to appear on the show this year?

In comparison, some of her fellow campmates only received £65,000.

Mo Farah never failed to entertain us in the castle as he took on gruelling challenges and shocked us all with his surprisingly good acting skills.

The gold medal-winning athlete reportedly bagged a whopping £300,000 for taking part in the show.

We guess that made up for him not being first past the finish post and being crowned King of the Castle!