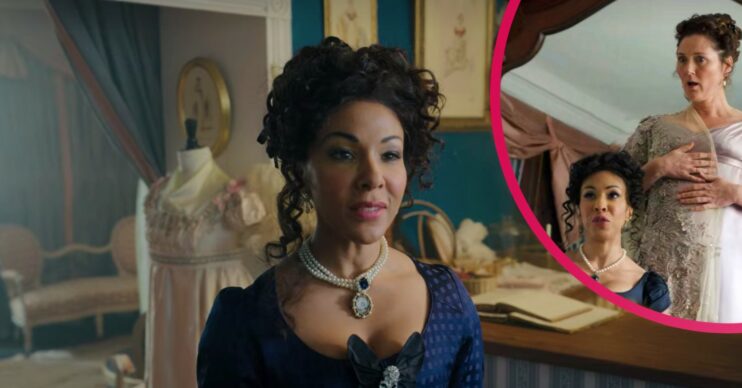 Bridgerton: Where did we leave Genevieve Delacroix in season 1? What’s next for her in season 2?

Dressmaker to the Bridgerton ladies – with a scandalous secret!

Season 2 of Bridgerton is almost upon us, dear reader, and Genevieve Delacroix – the town’s modiste – still remains much of a mystery as we head into the new series.

But will season 2 finally unveil more about her character and scandalous secrets?

Where did we leave Genevieve Delacroix?

Genevieve Delacroix is one of the few female characters to run her own business and take charge of her own life.

She is a business-savvy dressmaker who’s elegant gowns were in very high demand this season.

Read more: Where did we leave Lady Danbury in season 1? What’s next for her in season 2?

Her french boutique is not only a place to get the latest dresses, but it’s also where a lot of the women gossip and mingle.

Which is why Eloise Bridgerton immediately thought that she could be the infamous Lady Whistledown.

So is Genevieve Delacroix Lady Whistledown?

Although Madame Delacroix denied that she was the scandalous publisher, she is still hiding a secret of her own.

Genevieve is actually an English commoner, who’s faking her French roots to maintain the appeal to her customers.

However, everything that Genevieve built was suddenly at risk when Marina Thompson came to stay with the Featheringtons.

Marina saw through Genevieve’s lie and threatened to reveal her secret if she didn’t make her a dress.

What’s next for Genevieve in season 2?

Season 1 ended with Genevieve Delacroix and Benedict Bridgerton revealing that they were in a secret relationship.

Fans are intrigued to see whether their relationship will continue, however, according to the novels, TBenedict marries someone else.

Read more: Where did we leave Colin Bridgerton in season 1? What’s next for him in season 2?

No doubt we’ll much more of Madame Delacroix in season 2 as she continues to make high fashion dresses and works harder to protect her secret.