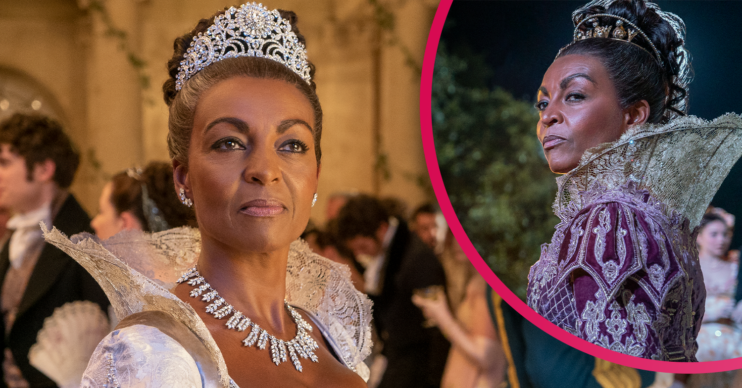 Bridgerton season 2: Where did we leave Lady Danbury in season 1? What’s next for her?

She'll be flying solo without Simon

Bridgerton season 2 drops next month (March) and with it comes the return of the marvellous Lady Danbury.

A lioness who runs the town, Lady Danbury is unconcerned with the rules of polite society and can be both formidable and scary.

That being said, while her judgements are sharp, they’re always accurate.

So what’s next for her in Bridgerton season 2, without the very handsome Duke of Hastings to watch over?

Where did we leave Lady Banbury in season 1?

In season 1 we discovered that Lady Banbury had taken in Simon, the Duke of Hastings, as a youngster after his mother, her friend Sarah, died in childbirth.

Read more: Who is Edmund Bridgerton? Family patriarch joins the cast of season 2

Simon was pretty much disregarded by his father – something Lady Danbury discovered years later when she went to visit.

It was then that she took him under her wing and worked with him to correct his stammer.

After she presented him to his father at the age of 11, accomplished and worthy of love, he still rejected him as his worst failure ever.

Years later we meet the Duke after his father’s death, as he visits Lady Danbury and finds himself on the social scene.

He met and married Daphne Bridgerton, and they rode off into the sunset together at the end of season 1.

What’s next for Lady Danbury in season 2 of Bridgerton?

Any concerns that she won’t have much of a plotline have been dismissed by the woman who plats her, Adjoa Andoh.

She told Digital Spy that she was flying solo at the start of season 1, and that’s exactly what she’ll do in season 2.

But don’t underestimate her – because she’s got her fingers in a lot of pies!

“Well, if you remember, at the start of season 1, the Duke had been absent for a while. Lady Danbury has many fish to fry, and many people who she loves and wishes to challenge and support – you’ll see more of that going forward.”

She added: “I think there’s plenty to keep Lady Danbury busy, Duke or no Duke. There are pies with her fingers in, all over.”

One such pie the actress would like to explore is the link between Lady Danbury and the Glanvilles.

“And you saw with her, when she has her girls’ night out, I think there’s a way in which she inhabits all the high-ranking bits of court, but she also knows the sort of bohemian demi-monde that’s running in parallel with that. I’d love to see a bit more of that.”

We might also see a bit more of Lady Danbury in the Bridgerton young Queen Charlotte spin-off.