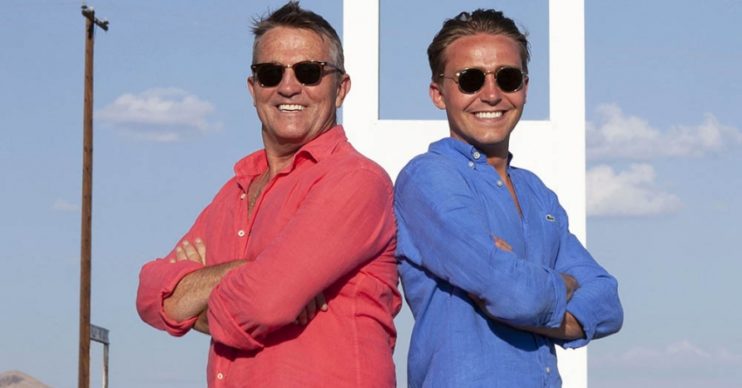 A great show replaced by an even better one!

But it’s not all bad news. Their departure from screens on Wednesday evenings makes room for the return of Bradley Walsh And Son: Breaking Dad.

Bradley Walsh and his lad Barney are back with a special series which combines series one and series two of their road-tripping show AND a special, unseen episode of outtakes from their trips.

Running for six weeks, the hour-long episodes see the father and son travel from Los Angeles to New Orleans and Florida to Maine.

The first episode kicks off in LA, before they set off for Arizona and sees Bradley challenged by Barney to try body-building, cowboy training, water skiing and – The Chase host’s worst nightmare – sky diving.

Series one of Breaking Dad aired in 2019 and ran for just three episodes. When the show returned this winter the episodes were doubled to six.

Fans were bereft when series two came to an end and begged for a third series.

One summed up the sentiment on Twitter: “@ITV please commission another series, but make it an hour long each episode.

“Amazing bond between father and son, so genuine (Barney is kinda hot too) #breakingdad #barneywalsh #bradleywalsh.”

Well, while it’s not entirely new content, ITV has granted the wish of hour-long episodes!

Bradley turns 60 tomorrow (June 4) and to mark the occasion, this evening ITV is showing a special all about the Showbiz fave’s amazing career.

A true entertainer, Bradley has turned his hand to comedy, quiz-show presenter and soap actor – to name but a few jobs!

The hour-long special, narrated by Jason Manford, screens from 9pm on Wednesday, June 3.

Are you looking forward to watching the Walsh duo again?  Go to our Facebook page @EntertainmentDailyfix and leave a comment to let us know!