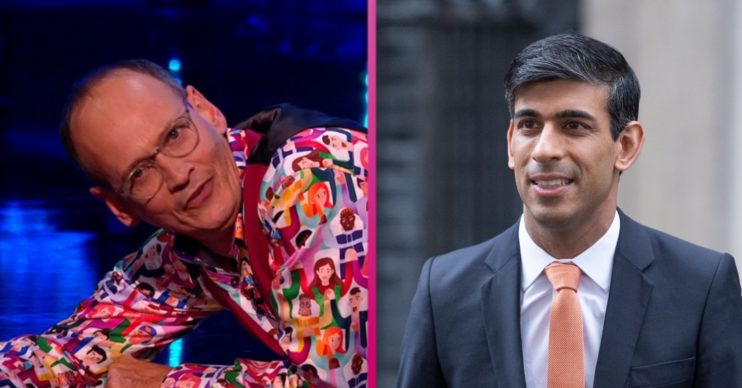 Some Britain's Got Talent viewers insisted it 'can't be topped'

The variety performer was among the contestants that the judges chose to be in the final of Britain’s Got Talent 2020.

And during his performance, he took a timely – and hilarious – swipe at Rishi Sunak over his recent suggestion that people in hard-hit industries should retrain for other professions.

What did Steve Royle say on BGT?

Steve took a swipe at the chancellor in the middle of his routine.

He had the judges howling with laughter as he quipped: “Can I just say, if Rishi Sunak the chancellor is watching this… some of us can’t possibly be retrained!

What did Britain’s Got Talent viewers think of the joke?

Those watching at home heaped praise on Steve for ‘mugging off’ the chancellor in his pre-recorded performance.

One said on Twitter: “I did appreciate Steve Royle absolutely mugging off Rishi Sunak though, to be fair. #BGT.”

Feels like the whole of #BGT this year has been leading up to that Rishi Sunak joke.

Another wrote: “The little digs at Rishi Sunak are brilliant! #BGT.”

A third said: “Feels like the whole of #BGT this year has been leading up to that Rishi Sunak joke.”

The little digs at Rishi Sunak are brilliant! #BGT

Someone else put: “That Rishi Sunak line just made me shoot Dr Pepper out my nose. *I wasn’t drinking Dr Pepper! #BGT #bgtfinal.”

“I [love] Steve Royle,” said a fifth, adding: “And that Rishi Sunak gag was bang on #bgt.”

That Rishi Sunak line just made me shoot Dr Pepper out my nose. *I wasn’t drink Dr Pepper! #BGT #bgtfinal

I ❤ Steve Royle & that Rishi Sunak gag was bang on #bgt

As tonight’s grand final got underway, a number of viewers complained about the line-up.

Some ans of the show thought there were too many magicians – although some felt pleased.

Have you enjoyed this year’s series of Britain’s Got Talent? Leave us a comment on our Facebook page @EntertainmentDailyFix and let us know.