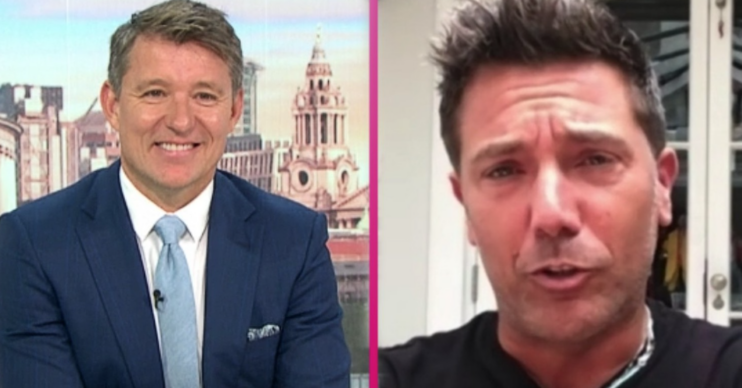 On GMB today (September 1), Ben Shephard made an awkward blunder during his interview with Gino D’Acampo.

Ben, 46, chatted to the star TV chef about his upcoming TV projects.

But it wasn’t long before the host got his Italian all mixed up during an attempted greeting.

What happened with Gino on GMB today?

Ben returned to the show after the summer break and he and co-host Susanna Reid welcomed Family Fortunes host Gino to the show.

“Still to come, we’re talking family feuds and food with the one and only Gino D’Acampo. Morning Gino!” Ben began the chat.

But, of course, Ben responded in Spanish, not Italian – and Gino was quick to pull him up on the blunder.

“We’re going to be chatting to Gino very shortly… and more Italian lessons for me.”

What else happened on Good Morning Britain today?

Ben and Susanna Reid were both back from their summer breaks today and viewers soon gave their thoughts on the presenting duo’s return.

And there was a mixed reaction, especially during Susanna’s interview with a Taliban spokesperson.

Some thought her questions were too long and didn’t get to the point quick enough.

While others thought she got the tone spot on.

Welcome back to the hotseat, Susanna!