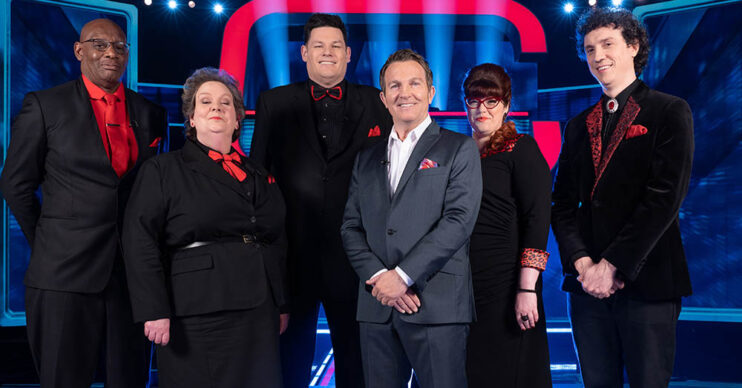 Could you handle this latest twist?

Beat The Chasers is throwing in some curveballs in the next series – with some twists to keep contestants on their toes.

The series, which returns this September, will add a new offer to the table which allows contestants to take on all six players.

Previously, only five of the Chasers appeared each episode. Those taking part then earn more money for the more Chasers they take on.

But it’s all change this time around. Mark ‘The Beast’ Labbett, Shaun ‘The Dark Destroyer’ Wallace, Anne ‘The Governess’ Hegerty, Jenny ‘The Vixen’ Ryan, Darragh ‘The Menace’ Ennis and Paul ‘Sinnerman’ Sinha will all be available to take hopefuls down.

RadioTimes.com confirmed the news ahead of the new episodes launching – with another twist meaning the prize fund will also escalate.

New ‘super offers’ mean the chasers could offer up hundreds of thousands of pounds.

However, there’s a catch. The offer is only available to those who answer all five cashbuilder questions correctly.

If they take the offer, then they have no choice but to face all six quizmasters with no time advantage to help them out.

So no pressure then!

The news comes as a major plus for fans of The Chase and its spin-off, especially as Paul Sinha was unable to participate in the last series.

The star cited health reasons for his absence. While he did not elaborate further, he has been open about his battle with Parkinson’s disease.

In his place, Daragh Ennis made his debut – a year after winning The Chase as a contestant.

Will there be a Beat The Chasers celebrity special?

Yes! Carol Vorderman is appearing on this year’s Beat The Chasers.

She confirmed the news on Instagram as she showed off her incredible outfit for the show.

Read More: The Chase star Jenny Ryan looks like a different woman as she ditches iconic up do

While how well she did is under wraps, she added Dr Zoe Williams was involved in the same episode.

The host also confirmed her choice of charity for the show, CLAPA community – the Cleft Lip and Palate Association.

Beat The Chasers returns this September on ITV.