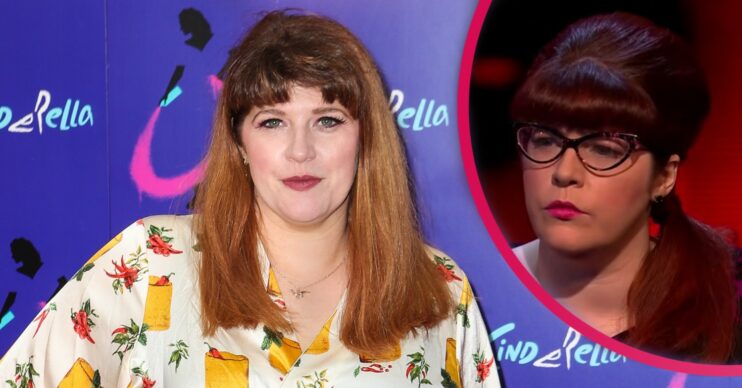 The Chase genius Jenny Ryan has unveiled a glam new look after quite literally letting her hair down for a night out.

Jenny, 39, ditched her glasses and traditional pinned hair up do for the night out.

She ventured in to the capital to watch Andrew Lloyd Webber’s latest musical offering Cinderella.

She excitedly shared a selfie outside the theatre as she showed off her glamorous look.

Followers of her Instagram account were treated to the insight into her life outside of Bradley Walsh’s popular quiz show.

Jenny usually wears dark clothing and a severe look on The Chase.

However, she opted for a floral cream wrap dress teamed with white trainers on the red carpet.

The popular TV star has been a regular on The Chase since she joined the show in 2015.

Last week she was seen flirting with Masked Singer host Joel Dommett as he competed, after telling Bradley Walsh to leave them alone.

Jenny told Joel she had been waiting to get him alone since the start when he reached the final round. Bradley then  joked  “Oh I’ll go make a cup of tea shall I?”

Joel was the sole survivor from his team, cruising into the final after his high-scoring performance on the penultimate challenge.

Jenny recently hit out after coming under fire for getting the Covid-19 vaccination.

When one follower on her Instagram began firing shots at her filled with misinformation on vaccines she very quickly bit back.

She wrote:”Congratulations on not having the rigorously tested vax that will protect me and others against a virus that has killed over 3million worldwide (including friends of mine) & has long-term debilitating effects.”

What do you think of  The Chase star Jenny Ryan with her hair down? Let us know by heading to our Facebook Page @EntertainmentDailyFix and leaving a comment!