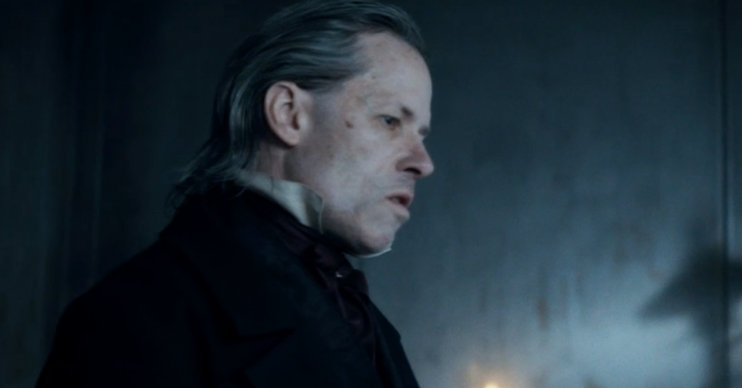 Viewers of the new BBC adaptation of A Christmas Carol were left shocked last night after hearing Ebeneezer Scrooge say the F word.

Fans complained about the swearing inserted into the script, insisting it went against the intentions of the novel’s author Charles Dickens.

There were also claims the Beeb’s attempt to be “edgy” with the new telly version for the festive season starring Guy Pearce and Line of Duty star Stephen Graham was a flop because of the bad language.

But while many viewers objected on social media, others insisted the swearing helped make the cautionary ghost tale adapted by Peaky Blinders creator Steven Knight all the grittier – and better for it.

I think the BBC have decided that the words of Charles Dickens are not worth using in their adaptation of A Christmas Carol – my look when I heard the swearing ‍♀️ pic.twitter.com/K5JM5Y7cok

Hollywood star Guy, who made his name in Neighbours in the 1980s, previously admitted to the Radio Times: “This version feels pretty brutal.

“It’s very raw and rough. It’s not without hope, but it gets under your skin and will make people uncomfortable.

Swearing in dickens how very dare you.

“Redemption is what we are looking forward to in A Christmas Carol.

“But in this version, the journey we’re taken on towards that is painful but beautifully handled.”

Over on social media, one viewer seethed: “I am all for variations on A Christmas Carol but #swearing #isntneeded to make a #classic #familystory any better #Iamnoprude but #CharlesDickens never wrote #[bleep] etc. in his work and the swearing in this was #unnecessary.”

And another unhappy watcher fumed: “BBC a #Christmascarol. They have [bleep]ed it up. I have just finished reading the story. Beautifully written, what a wonderful wordsmith Dickens was. 10 minutes in to this tripe bored with rubbish. Nowhere in the book did I see the word [bleep]?”

“Dear BBC, there was no swearing in A Christmas Carol. Once again a good story has been spoilt by trying to be ‘edgy’ I’ll stick to the other, better versions in future,” insisted another irritated fan.

Another couch potato critic concluded: “I really did not get on with A Christmas Carol. Guy Pearce’s accent, [bleep]ing on a grave, too much swearing, a bit slow. Call me old-fashioned.”

While another added: “#ChristmasCarol #bbc not for me , very disappointed turned off after the swearing. Humbug.”

And yet another disappointed punter claimed: “The #bbc effort at the remake of A Christmas Carol would have been much better without the swear words. Dickens told a beautiful story without swearing. Pity the BBC could not do the same. #ChristmasCarol.”

However, not everyone agreed – and considered the swearing a vast improvement on most adapted novel in TV and cinematic history.

“Loved A christmas Carol on BBC,” tweeted one fan.

“My favourite story, plus Guy Pearce (still hot dressed as Scrooge), plus swearing. Merry Christmas to me.”

And another Twitter user added: “Confession: I cannot stand Charles Dickens. It’s utter [bleep]. That being said, this Christmas Carol has been endlessly improved by allowing the characters to say ‘[bleep]’.”