The Christmas Day TV schedule for BBC One has been announced - and there are plenty of family favourites on offer to fill in the time between eating, drinking and a little bit more eating and drinking.

EastEnders features prominently, as it traditional, and there is also a festive trip to Strictly Come Dancing's ballroom for fans of the flagship dance show.

There is also a much-anticipated return for Gavin & Stacey after nearly ten years away from the telly, as a well as a Christmas special of Call The Midwife.

Agnes Brown will also be on hand for Mrs Brown’s Boys - just one of two seasonal special episodes, with the second expected to air on January 1. 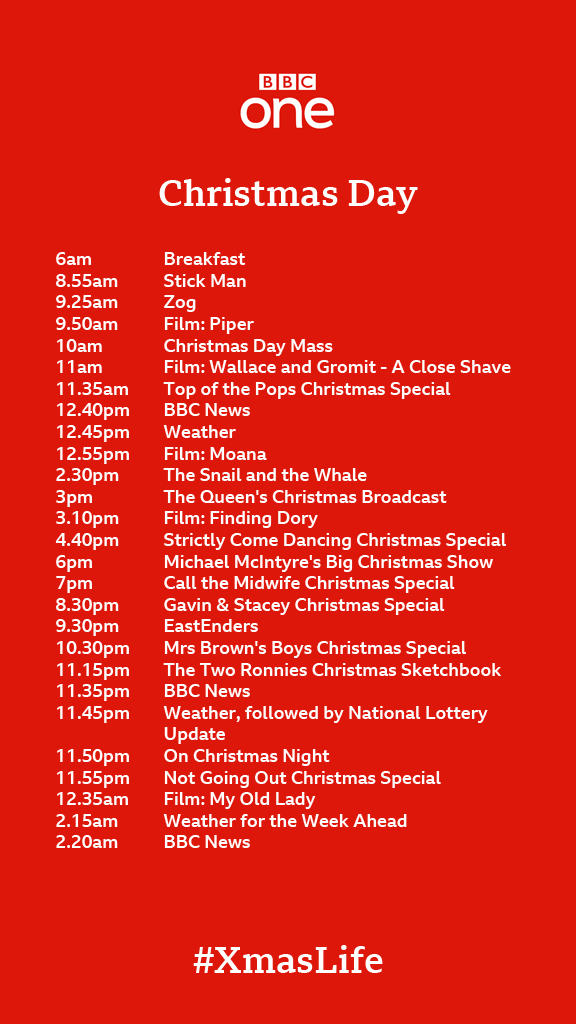 Michael McIntyre will also star in his own Big Christmas Show earlier on in the evening.

And in terms of classic comedy, fans of The Two Ronnies are in for a treat as the Beeb gives a repeat to some of their funniest sketches later on.

Films on offer include animated favourites Moana, Finding Dory and Wallace and Gromit: A Close Shave

Plus, there is always the traditional Queen’s Christmas speech and a Top of the Pops special to bring a big of Christmas cheer to viewers.

Director of BBC Content Charlotte Moore said: "Whether you’re a fan of drama, comedy, entertainment or simply want to wallow in the beauty of the natural world, there really is no better place to be than watching the BBC this Christmas."

The scheduling for new episodes of Doctor Who, another Yuletide telly staple, was announced yesterday.

The second series for Jodie Whittaker’s Time Lord will begin airing with a double episode on New Year's Day.

What will you be watching?