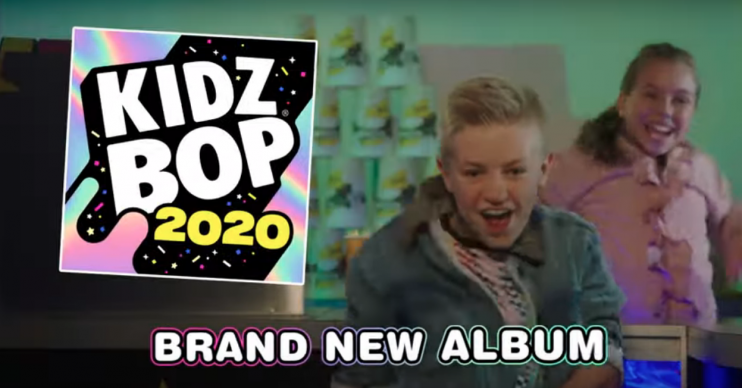 There is nothing like the sound of children singing… more likely to provoke very unhappy reactions from many viewers of the Kidz Bop TV advert.

The brand of compilation albums ‘sung by kids, for kids’ has been going since 2001.

But telly fans in the UK have really noticed – and had their teeth set on edge by – the ads for the sickly-sweet covers over the past few weeks.

And while the Kidz Bop earworm tunes may be catchy and contagious – and apparently complete with music videos packed with frenetic, jerky-limbed dancing –  dozens of confirmed non-fans on social media may prefer to pick up an illness rather than a copy of the album.

Among the exasperated and over-the-top irritated reactions to be posted to social media are several expressions about taking extreme measures to ensure the ad never has to be listened to again.

“There’s just been an advert on tv for kidz bop and I actually fancy doing a double Van Gogh and chopping both my ears off bc wtf,” tweeted one annoyed viewer.

“That kidz bop advert makes me wanna go into hibernation,” said another.

A third pondered: “Have just seen an advert for something called ‘kidz bop – the album’ and now I can only hope for death’s sweet release.”

Just seen the advert for ‘kidz bop’ and oh my god I’ve gained a whole new level of respect for parents😂 pic.twitter.com/kIDsVOfJPO

Read more: UK to be hit by Arctic blast as temperatures set to plummet to -10C

Indeed, while praying for the ultimate avoidance strategy may seem a little too much, there’s no disputing that witnesses to the ‘irritating’ ad have endured dramatic and profane responses to it.

“I’ve just seen an advert for ‘Kidz Bop 2020′ and projectile vomited across my entire house,” one person claimed.

And another person who didn’t consider themselves in the market for the album demanded: “Why the [bleep] would I want an album of kids singing music from the charts. Why would anyone want this?”

So much cynicism! We’re sure the kids’ parents are very proud.