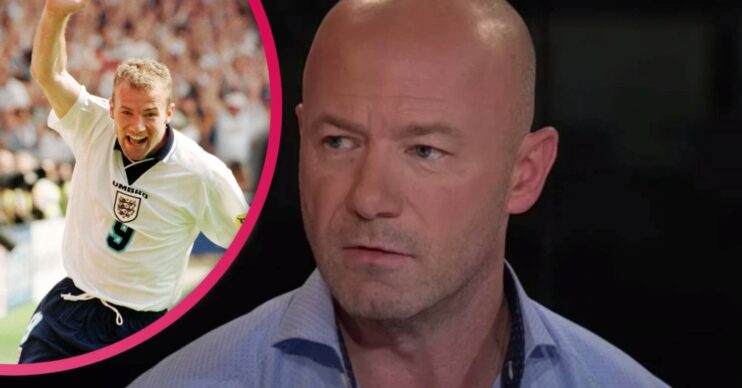 BBC Euro 2020 pundit Alan Shearer: Is he married and why did he fear manslaughter charges?

Alan Shearer was the star of the show when he played for England in the Euros 25 years ago.

And, while it may seem like ancient history now, the tournament saw Alan – one of the BBC’s Euro 2020 pundits – firmly established as a household name.

His performance on the pitch at Euro 1996 was arguably the greatest of his career and led to him being hailed as one of the top England goal-scorers of all time.

But things almost fell apart when he became embroiled in a fight that could have cost him everything.

What happened during Alan’s night out?

Alan, 50, admits enjoying a fair few boozy nights out with his teammates celebrating success in his heyday.

However, one such night led to an incident that almost changed his life forever.

The philanthropist revealed all about the terrifying incident at a Q&A session for his charity The Alan Shearer Foundation.

I’m thinking oh my God I’m going to get done for manslaughter here.

He admitted feeling terrified when, during a booze-fuelled altercation, he punched fellow player Keith Gillespie.

Alan saw him fall to the ground, hitting his head off the concrete, where blood began pouring out.

Shearer was enjoying a trip to Dublin with his teammates when the pair began arguing because Alan felt Keith was being rude to their waitress.

He said: “I looked at him and said ‘get outside’, so we’ve walked out the door and I’ve gone first and he’s hit me on the back of the head, he properly smacked me.

Read more: Who is ITV pundit Gary Neville married to and does he have kids?

Gillespie was rushed to hospital where, luckily for Shearer – Newcastle captain at the time – he made a full recovery.

Alan tied the knot with his wife Lainya back in 1991. The couple celebrated their 30th wedding anniversary on June 8, 2021.

Lainya has been described by Alan as a quiet, reserved person who often struggles with the limelight his fame brings.

Alan made 63 appearances for England, racking up 30 goals in international tournaments.

He remains the premier league’s top goalscorer of all time, with 283 career goals and 260 league goals across his career with clubs  Southampton, Blackburn and Newcastle United.

The closest rival is second-placed Wayne Rooney with 208 goals – a pretty impressive gap.

Alan is the only player on the list to have netted a century at two individual clubs.

He is also the only player to ever have won the Golden Boot for three consecutive seasons.

Has Alan Shearer won any other awards?

Shearer has picked up an array of honours for his sporting career including an OBE and a CBE.

He was also awarded Honorary Freedom of the city of Newcastle Upon Tyne, and made a Doctor of Civil Law by Newcastle University in 2009.

In 2016 a sculpture was erected outside Newcastle FC’s ground St James’ Park because of his iconic status at the club.

In April this year Alan became the first-ever player to be introduced to the Premier League Hall Of Fame.

What is Alan Shearer’s net worth?

He may have long since retired, but the dad of three’s fortune didn’t end when his footballing days did.

In fact, Alan has carved out the kind of career most can only dream of, with a personal fortune to match.

Since hanging up his boots in 2006, Alan has worked consistently as a pundit.

He also had a brief 0ff-screen stint filling in as interim manager of former club Newcastle United for eight games.

With a long, hugely successful off-pitch career under his belt, Alan has a reported current net worth of £40 million.

Leave a comment on our Facebook Page @EntertainmentDailyFix to let us know what you thunk of this story.