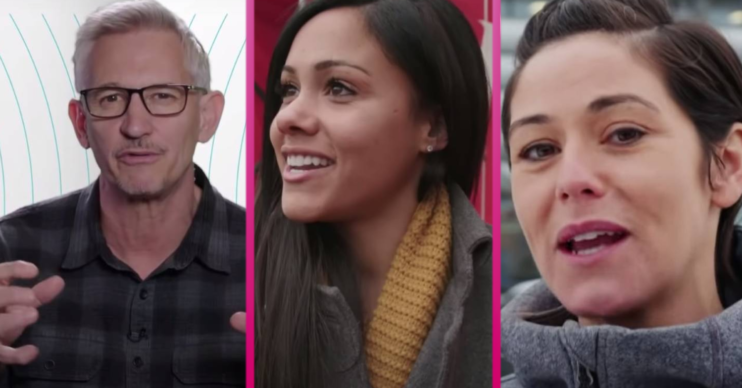 Euro 2020: All the BBC football pundits from Gary Lineker and Alex Scott to Eilidh Barbour

30 names have been confirmed as giving insight during the tournament

The BBC has confirmed 30 names as pundits for its Euro 2020 coverage.

They include a range of pros and ex pros, some of whom have gone on to football management, and across several nationalities.

Here’s a rundown of the Euro 2020 BBC punditry line up you can expect to see during the next few weeks.

Just weeks ago the Match of the Day host left his role at BT Sport as their Champions League presenter.

She continues as stand-in anchor for Match of the Day.

You may also recognise Gabby as the presenter of the Invictus Games, the World Athletics Championships and even The One Show.

Broadcaster Mark, 47, is also a presenter for the tournament.

He is also known for hosting Match of the Day 2, Final Score, the Olympics and on Radio 5 Live.

Read more: Euros 2021: Why was Euro 96 so special for England and why did it capture the hearts of the nation?

Born in Rochdale, Mark is also a huge American football fan and has presented The NFL Show and NFL This Week.

38-year-old Eilidh replaced Hazel Irvine as the BBC’s main presenter of golf in 2017.

Eilidh has previously filled in for Dan Walker as presenter on Football Focus.

Former Arsenal right-back Alex, 36, made 140 appearances for England and represented Great Britain at the 2012 London Olympics.

Captain of Dundee, 35-year-old Charlie has been capped 26 times by Scotland.

Former Cardiff, Bolton and Wolves forward Nathan picked up 30 caps for Wales during his career. He scored four goals for Wales.

Defender James, 37, was a standout for Cardiff, West Ham and Aston Villa.

He lined up for Wales on 51 occasions.

Now a presenter on Homes Under the Hammer, Dion turned out four times for England.

He also played for Coventry, Aston Villa and Norwich.

He was the youngest defender to play for England when he made his international debut in 1997.

Christian is a former player for Leicester and former captain of Austria.

He has played for his country 78 times, scoring one goal.

He was initially first choice for the position during the 2010 World Cup.

Now 57, Mark was appointed to his first managerial job – of Wales – while he was still playing club football for Southampton, Everton and Blackburn.

Jermaine, 38, regularly offers his expert analysis as a pundit.

He is also a presenter for The One Show.

He won 21 caps for England during his playing days and scored one international goal.

As a manager, he steered Germany to third place at the 2006 World Cup.

Previously assistant manager of Scotland between 2018 and 2019, James also played for the national team 48 times.

Euro 2020 on the BBC: Clinton Morrison

Clinton, 42, turned out 36 times and scored nine times for the Republic of Ireland during his playing days.

He does media work for Sky Sports and has also been a football pundit for Channel 5.

Winger Pat won 28 caps for Scotland and played during the Euro 1992 tournament.

He made his last international appearance in 1996.

Brummie Micah was called up and played for England 13 times during his career on the pitch.

He was also selected as one of three over-aged players picked to play for Great Britain at the 2012 Summer Olympics.

And he’s been on Celebrity Gogglebox.

Long-locked Robbie, 46, won 39 caps for Wales before abruptly retiring from international football in 2005.

He also played for Leicester, Birmingham and Derby at club level.

Chris was a prolific striker for Norwich, Blackburn and Celtic. However, he only won one cap for England, in 1997.

One of the most skilful players to grace the England team sheet, Chris played 62 times for England.

Euro 2020 on the BBC: Ashley Williams

Welsh star Ashley was born in Wolverhampton and has played for Swansea and Everton. Now retired, he made 86 appearances for Wales.

French legend Thierry was due to provide expert analysis for the BBC.

However, according to reports, he decided to contribute to Belgium’s preparations for the tournament instead.