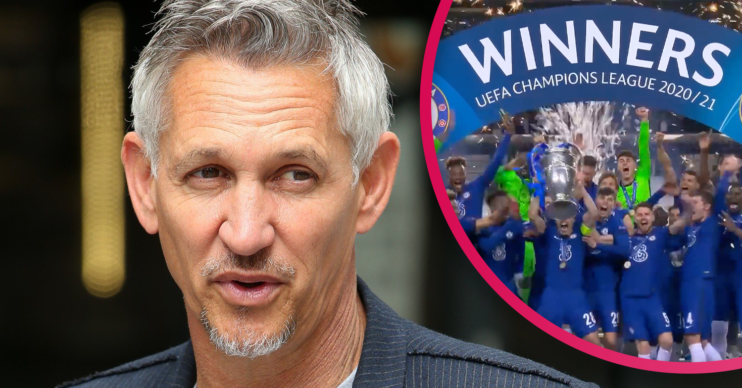 How old is Gary Lineker and why did he step down as Champions League presenter?

'I have decided to call it a day'

Former footballer Gary Lineker stunned fans when he announced his decision to step down from BT Sport – but why has he done it, and how old is he?

The beloved presenter has been a staple on our screens when it comes to football for more than a decade.

However, that’s all about to change.

Gary Lineker had hosted BT Sport’s coverage of the Champions League since 2015.

However, despite being offered a new deal, Gary – who is 60 – has decided to step down.

He told fans that he’s proud of the work he’s done.

However, he said it was time he kept promises made to his family.

“I’ve loved hosting the best club tournament in world football and I’m genuinely proud of being part of their truly groundbreaking coverage over the past six years,” he wrote on Twitter.

Read more: Paul Gascoigne admits he ‘quite fancied’ Gary Lineker and compares him to a ‘ladyboy’

“I would like to thank BT Sport for the generous renewal offer, but after much thought, I have decided to call it a day.

“I feel it’s time to do things that I’ve always promised myself I’d do: such as follow Leicester across Europe with my sons (how many opportunities will we have?).”

He added:  “A big thank you to everyone at BT Sport, both in front of the camera and behind. You’re one hell of a team. It’s been a joy working with you. Well played.”

How old is Gary Lineker and how many children does he have?

Since then Gary has walked down the aisle again with model Danielle Bux.

How much is he worth?

Gary is estimated to be worth an eye-watering £30 million.

The Match of the Day presenter has been on TV for years, and signed big bucks deals with multiple broadcasters.

He also famously has an endorsement deal with Walkers Crisps which is thought to make him around £1.5m a year alone.

He also earns at least £1m a year from the BBC.

When he quit football for good, Gary quickly embarked on a career in the media.

He has presented Match of the Day since the late 1990s, and became hugely popular with viewers.

He also presents BBC Sports Personality of the Year.

No wonder he’s so rich!