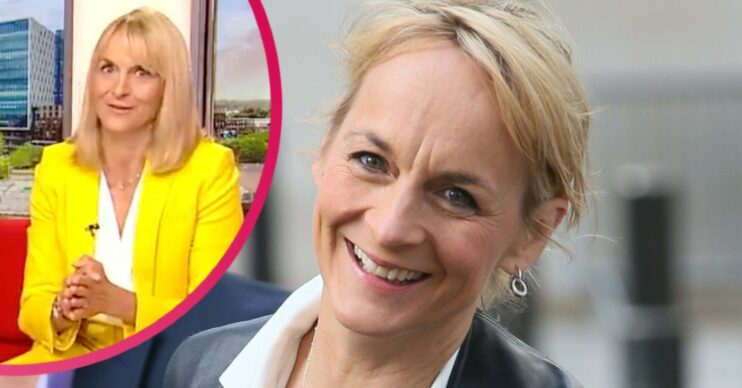 BBC Breakfast star Louise Minchin has announced her decision to step down from the show after 20 years.

The 52-year-old host was joined by Dan Walker on the famous red sofa today (June 8) as she confirmed the news.

Louise first joined the programme back in 2001 and moved to lead presenter in 2012.

Louise told millions of viewers this morning that she is leaving later this year ⤵️ pic.twitter.com/tArxre4Jy4

Louise announced: “So, everybody, it’s something I just wanted to tell you about.

“It will be this year 20 years since I first presented this programme and since then I have felt part of a huge, enormous BBC Breakfast family who includes everyone who works here everyone on the team, and every one of you who watches the programme.

“I have loved being part of it but there is a but. You know about the but. I have decided it is time that I stop setting my alarm for 3.40am, sometimes when I’m feeling really rebellious, 3.46am in the morning, and I am going to be leaving programme.”

Furthermore, she went on: “It’s not going to be for a while but just before anything else I just wanted to thank everybody who is watching for your loyalty, your support over all those years. I have loved being part of it, I really will miss it but it is time now to stop that alarm in the morning.

“Thank you for watching all of those years as well.”

Meanwhile, Dan added: “You can probably appreciate it’s a bit of a relief to say that isn’t it?

“Certainly for everyone who works and loves working with Louise. Obviously you need to give us some time to give you the proper big send off so when?”

“That’s a very good question,” Louise replied. “It’s not today, it will be sometime after the Summer.

When is Louise leaving BBC Breakfast?

“The date is not set in stone but it will be sometime after the summer.”

Louise and Dan have worked on the show together for five years.

Following the show, Dan took to social media to pay tribute to his pal.

He shared: “As with everything she does… Louise announces her departure from the show with dignity and class.

“We will all miss her enormously at #BBCBreakfast. She is not only wonderful at her job… she is a great friend.

On Twitter, one said: “Gutted by your announcement but delighted you won’t have to set the alarm so early in a few months. More adventure time! Thank you for all these wonderful morning telly moments.”

A second added: “@louiseminchin and @mrdanwalker have been my go to news people during this past year working from home. Louise you’ll be missed and a hard act to follow. Good luck in all you do in the future.”

Such sad news @louiseminchin BBC Breakfast just won’t be the same without you!

A third wrote: “I’m so sad to see this as both yourself and Dan have been my replacement Bill & Sian who were a hard act to follow, but you’ve both smashed it! So much luck to you in the future.”

In addition, a fourth shared: “The Friendship between @mrdanwalker and @louiseminchin just makes the news more watchable. The red sofa is not going to be the same without you Louise.”

Another commented: “Louise, sad to hear this news this morning. Always the ultimate professional and brightens up the morning. You will be missed, all the best.”

Furthermore, one viewer pleaded for the star not to join Good Morning Britain.

They wrote: “Very sad news Louise, but I wish you all the luck in the world in the future!!! (but please tell me you’re not going to be the new anchor on Good Morning Britain).”

Louise’s departure means she’ll be able to spend more time with husband David and their daughters, Scarlett and Mia.