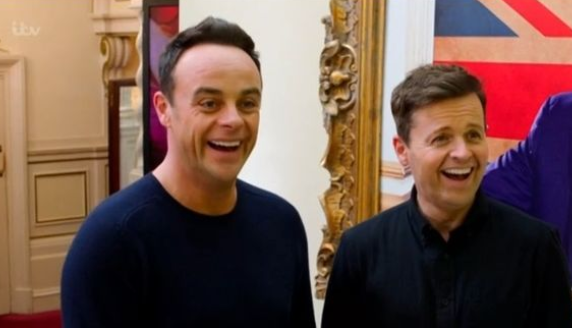 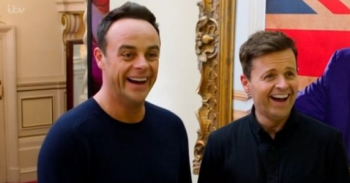 The presenters managed to fool everyone

Hosts Ant McPartlin and Dec Donnelly reportedly got to experience what a nerve-wracking Britain’s Got Talent audition is really like, after they performed in front of the judges in disguise!

The BGT presenters decided to play a prank by hiding their identity in dog costumes and performed a DJ set, along with Britain’s Got More Talent host Stephen Mulhern.

Judges Simon Cowell, Amanda Holden, Alesha Dixon and David Walliams didn’t have a clue who was behind the costumes.

Producers were in on the act, which was apparently filmed for the last audition of the series and will be televised.

Ant and Dec, both 43, pulled the prank at auditions in Salford, Manchester, before taking off their doggy disguises and revealing themselves.

The lads’ DJ-ing was said to go down well with the crowd, despite nobody realising who they were.

A show source told The Sun: “It was one of the moments of the day.

“Everyone was spent having watched loads of auditions but Ant and Dec thought it would be a good way to finish things off.”

The insider continued: “The boys and Stephen had dog outfits made especially and performed a DJ set which went down a treat with the crowd despite no one having a clue who they were. The judges were in stitches when they stripped off at the end.”

Ant and Dec first shared their musical prowess with the world back in the 1990s, as rapping duo PJ and Duncan. They took their names from their Byker Grove characters.

Their 1994 song Let’s Get Ready To Rhumble was a hit big with fans.

Are you enjoying BGT this year?  Leave us a comment on our Facebook page @EntertainmentDailyFix and let us know.