A teenager from Mumbai has become the third act on Britain's Got Talent to go straight through to the live shows after earning a golden buzzer from Ant and Dec.

Akshat Singh, 13, impressed the show's presenters with his energetic dance routine, which saw him do the splits and pull off some breakdance-style moves.

The youngster also won over the audience and the judges with his performance, and was praised for being an inspiration to children. Arriving on stage, Akshat said: "I have two mottos in my life – to make everyone happy, and to show everyone that nothing is impossible in their life."

Following his bold routine, which saw him dance to Starships by Nicki Minaj, he received a standing ovation from the audience at the London Palladium.

I wish I was 13 and watching you up there on the stage.

Watching from the side of the stage, hosts Ant and Dec were visibly excited.

Head judge Simon Cowell said: "I was not expecting that. A lot of kids are going to watch you and absolutely love what you do because you’re fun, you’ve got great personality.

"This is your moment."

Judge David Walliams said: "I wish I was 13 and watching you up there on the stage, you would have made me feel like I could achieve absolutely anything."

Before the judges, also including Alesha Dixon and Amanda Holden, were able to decide whether Singh would go through to the next round of the show, Ant and Dec ran down from the stage to the judging panel’s desk.

They pressed the golden buzzer, meaning Akshat is guaranteed a place in the live semi-finals.

FIRST LOOK: Will Barbara Nice impress our Judges with her naughty one-liners, and will husband, Ken, ever find out about #BGT? Only one way to find out!

Tune in this Saturday at 8pm on @ITV and @WeAreSTV 📺 https://t.co/PS04FneCbj

Overwhelmed with joy, Akshat – who was hugged by Ant and Dec on stage – said that he just "wants to be happy and make others happy". 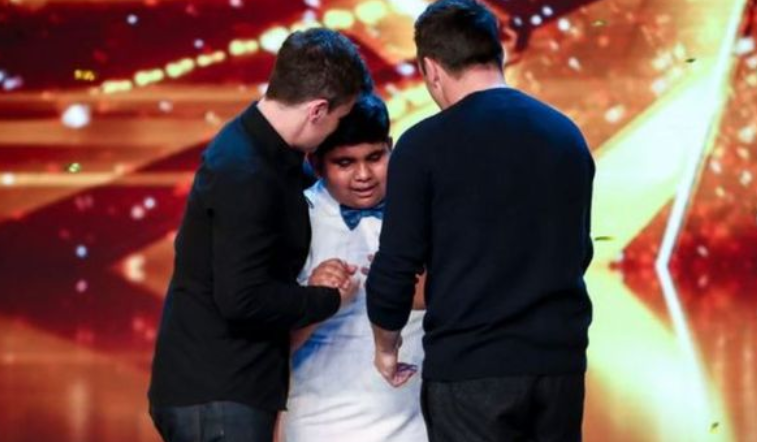 Alesha told him he is a "remarkable young man", and the presenters joked that they wanted to "keep him" for themselves.

But if you thought the teenager looked a bit familiar you'd be right as he has appeared on a string of TV shows across the globe.

After performing on India's Got Talent, a clip of him dancing went viral, prompting an appearance on The Ellen DeGeneres Show. 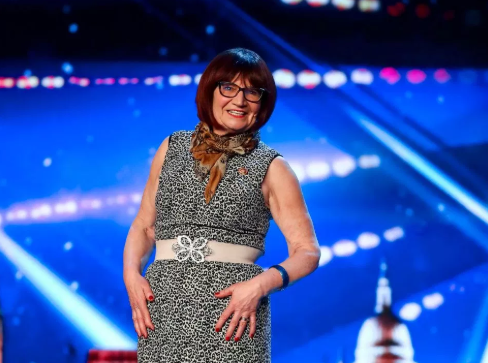 Tonight's BGT also saw acts including comic Barbara Nice, singer Brian Gilligan and harpist Ursula Burns make it through to the next stage of the series, each receiving four yeses from the judges.

A knife-throwing duo from Belarus also sailed through to the next round after a nail-biting performance, which included Simon being involved in the stunt.

Andrei Gomonov launched knives at the judge, who had asked for the chance to take part in the act.

With knives being thrown closely to his body, the crowd at the venue winced in horror.

FIRST LOOK: Brian Gilligan gives it his all in this heartfelt performance, could a star be born on the #BGT stage?🌟

"I wanted to feel what it’s like. It is terrifying."

They were given four yeses from the judges.

Britain's Got Talent continues on ITV next Saturday.

What did you think of tonight's show? Leave us a comment on our Facebook page @EntertainmentDailyFix and let us know.