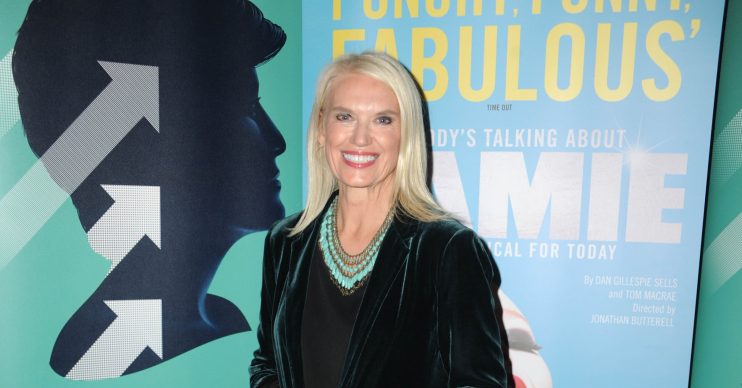 Presenter Anneka Rice is the latest famous face said to be signing up for this year’s Strictly Come Dancing.

TV veteran Anneka shot to fame with her BBC show Challenge Anneka, which ran from 1989 to 1995, so she is certainly not afraid of a new challenge.

The 60-year-old broadcaster is said to have been approached for the BBC show last year but didn’t take up the offer. However, this year bosses have reportedly managed to convince the star to take part.

A TV source told The Sun: “Strictly believe they’ve made a top signing in Anneka.

“She’s a TV institution and a familiar face to viewers who’ll be rooting for her. Anneka is in great shape and can’t wait to strut her stuff.”

Ent Daily has contacted a representative for Anneka for comment.

After a successful TV career, Anneka has chosen to stay out of the spotlight in recent years. She wanted to spend time with her two sons and focus on other projects, like painting.

Read more: Made In Chelsea’s Jamie Laing ‘signs up for Strictly Come Dancing’

Strictly bosses are no doubt thrilled she is set to make a big TV comeback on their show.

Anneka did appear on Lorraine recently to mark 40 years since she began in the industry.

She told host Lorraine Kelly how she managed to live a more private life after taking a step back.

Anneka explained: “For years and years, you didn’t have an agent but you did. It was you. Clemmy Hart was your agent, but you were Clemmy.

“It was a way of keeping in touch with the world but not wanting to do the work because I was busy painting at that stage.”

She added: “My agent sacked me and I just thought this was ridiculous, who can I find? Then I just found this person who was so efficient, she was fun to deal with, everyone loved her and it was me.”

Anneka also revealed she once turned down the opportunity to play a Bond Girl because she wanted to play the hero.