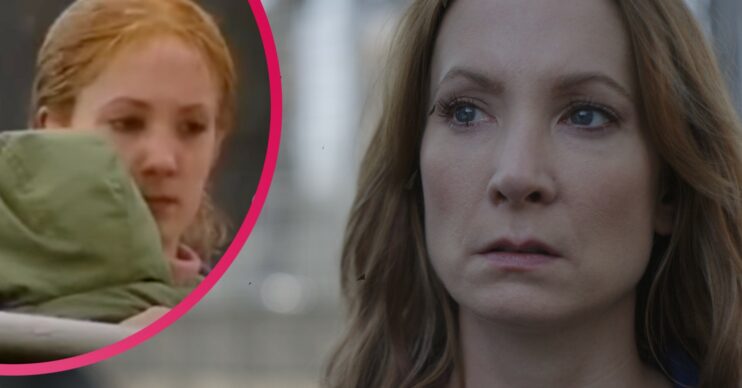 Angela Black star Joanne Froggatt once starred in Coronation Street – what happened to her character?

We are loving former Coronation Street star Joanne Froggatt in Angela Black – even if the confusing storyline requires us to keep a notebook like Gogglebox’s Jenny did for Line of Duty.

Yes, before Joanne became one of ITV’s biggest stars, with roles in Downton Abbey and Liar as well as Angela Black, she played teen tearaway Zoe Tattersall in Coronation Street.

And Zoe had one of the soapiest soap exits of all time.

But let’s start at the beginning.

Who did Joanne Froggatt play in Coronation Street?

Zoe was introduced to Corrie viewers in May 1997 when she turned up at the amusement arcade where street resident Judy Mallett (Gaynor Faye) worked.

Zoe had been in and out of the care system and eventually ran away, living on the streets with her boyfriend Liam Shepherd.

Liam soon began causing trouble for Judy at the arcade. Judy’s husband Gary (Ian Mercer) got involved and threw him out.

Liam then tried blackmailing the couple, threatening to go to the police unless they gave him money.

The Malletts soon learned that Liam wanted money because Zoe was pregnant.

Struggling to conceieve themselves, Judy had an idea. She offered Zoe £2,000 in exchange for the baby once it was born.

Zoe agreed to this and moved in with the Malletts during the pregnancy.

The other residents assumed that Zoe was carrying Gary’s baby and Judy convinced him to go along with the plan.

How did she leave the soap?

Zoe soon made friends with Leanne Battersby (Jane Danson) and told her the full story, including how she was selling her baby to Judy and Gary.

When Zoe gave birth, she handed the baby over to Judy and Gary. Gary was added to the birth certificate as the baby’s dad.

The Malletts named the baby Katy. After the birth, Judy wanted Zoe to leave Weatherfield as she worried the teen was bonding with the baby.

Zoe was eventually convinced to leave.

Judy told the residents that she’d stolen money from them and had run away, leaving her and Gary with the baby.

Leanne knew this wasn’t true and, with the help of Nick Tilsley, tracked Zoe down. They convinced her to return to the cobbles and clear her name.

On returning to the street, Zoe started a relationship with Ashley Peacock and moved in with him at No.4.

She struggled watching her daughter being raised over the road. Meanwhile, Judy and Gary were becoming concerned about Zoe’s presence in their lives and decided to leave Weatherfield.

Before they had a chance to do this, Zoe snatched the baby back.

She renamed her Shannon and planned to bring her up with Ashley. But Zoe’s hopes for a happy future were dashed when Shannon was rushed to hospital with meningitis.

The tot died in hospital and Zoe was left devastated.

Will Joanne Froggatt return to Corrie?

Zoe had a mental breakdown in the aftermath of Shannon’s death and this resulted in her being sectioned for a while.

After coming out of hospital, Zoe made friends with a couple called Ben and Ruth who she met on a night out. Ashley was instantly suspicious of them and rightly so.

They turned out to be the cult leaders. Obviously.

They gave Zoe a job at the Etheric Foundation – aka The Cult – and she soon became brainwashed, even saying she was going to have a baby for them.

Ashley tried to intervene and staged a heroic rescue of Zoe but realised that he had to let her go.

She left Weatherfield with Ben and Ruth in December 1998 and wasn’t seen again.

Let us know what you think of this story? Head to our Facebook page @EntertainmentDailyFix and let us know.