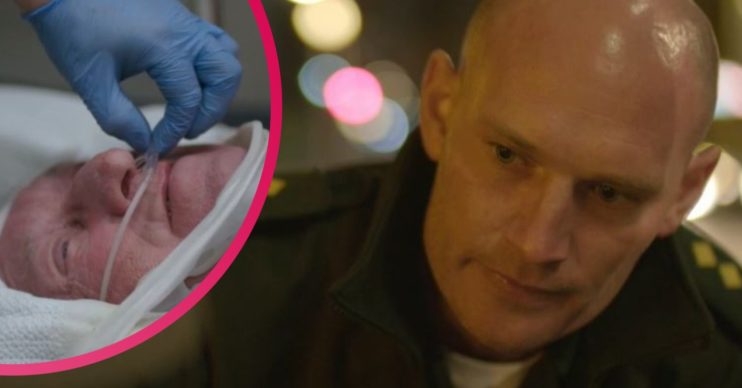 Only trying to help

BBC viewers were furious last night over a good Samaritan on Ambulance who was attacked by the person he was trying to help.

During Thursday (July 9) evening’s episode of the documentary series, David and his wife Glen called 999 for a man who was slumped over at the wheel in his car.

What happened on Ambulance?

Glen said on the phone: “He’s drunk, love. He’s either drunk behind the wheel or on drugs. The lights and everything are on in the car. We don’t want him to turn the key again and drive off and kill someone.”

But as the ambulance was dispatched, the driver woke up and assaulted David, knocking him to the ground.

Police arrived first and they informed the call handler that Dave had lost consciousness.

Senior paramedic Tony rushed to the scene, where the patient was in the back of an ambulance. He was struggling to breathe and asking for his wife as he experienced severe pain in his neck.

A visibly worried Glen described how the driver, when he woke up, punched and kicked Dave to the floor in a vicious assault.

Tony said, on the radio to the hospital: “Romeo 616 to trauma cell. Can I pass you details of a major trauma standby into Aintree, please. I’ve got a 69-year-old male. He’s been punched in the head and lost consciousness and then kicked whilst on the ground.”

Society ‘at its worst’

Paramedics then whisked Dave to the nearest trauma centre, eight miles away.

Tony reflected: “There are some incidents that can make you angry. Angry at what people can do to each other. We see society at its worst.”

Despite the condition he was in, David heaped praise on those working to save him.

The guy who assaulted him got off too lightly.

“Without you lads, we’d be lost,” he told the ambulance crew. “We would be lost without you.”

At the end of the programme, an on-screen message revealed: “The man who attacked David was charged with common assault and driving offences. He was sentenced to 15 days’ rehabilitation, 80 hours’ unpaid work and disqualified from driving for 12 months.

“David has made a full recovery but would think twice before being the Good Samaritan again.”

Reacting on Twitter, viewers were fuming over what had happened and called the driver’s sentencing a “joke”.

One said: “I’m so glad Dave recovered fully but the shame of his attacker only getting 15 days’ rehabilitation.”

Read more: Ambulance on BBC One: Viewers ‘livid’ over two drunk mums who dropped their babies

Another wrote: “I’m glad Dave is OK, see the bloke got off lightly as usual!”

A third tweeted: “Sorry but the charges against […] the man who attacked Good Samaritan Dave are an absolute joke. #Ambulance.”

Someone else said: “Thank [bleep] Dave was OK! But the guy who assaulted him got off too lightly #Ambulance.”

– Ambulance concludes on Thursday (July 16) at 9pm on BBC One