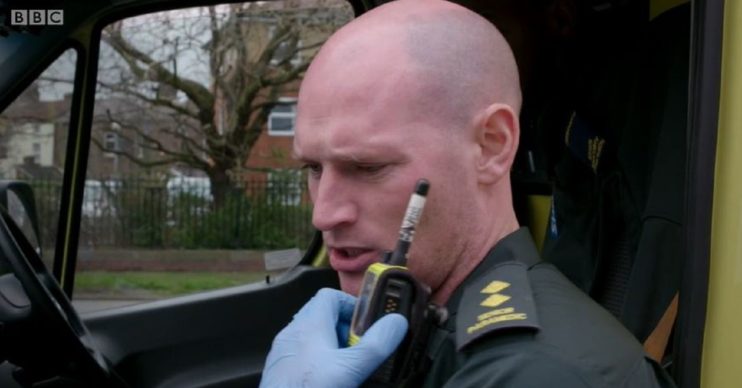 Ambulance on BBC One: Viewers ‘livid’ over two drunk mums who dropped their babies

At two o'clock in the afternoon

Viewers were left “absolutely livid” last night as paramedics on BBC series Ambulance were called over babies injured in the care of two drunk mums.

In Thursday (June 18) evening’s episode, North West Ambulance Service mobilised extra resources to deal with the thousands of visitors flocking to Liverpool for the Grand National.

At one point in the documentary, police called for an ambulance after two women who were so drunk they ‘couldn’t walk’ left a baby with head injuries and another needing medical attention.

The officer explained that they had tipped the pram over, causing one of the babies to knock its head and face on the floor.

The policeman said on the phone: “Hello it’s Merseyside Police, can I request your attendance please? We’ve got two drunk females in a car park.

“Both of them can’t walk. And then there’s also a baby that’s injured. One of the females has tipped the pram up in the car park and the baby has hit its head and face.

“And there’s another child, but I don’t think there’s anything wrong with that one.”

One of the paramedics said, sighing: “That’s a bit rough that, isn’t it.”

When they arrived, the police were on the scene. They asked the child’s mum what happened and she said: “Nothing, he fell out the pram hours ago but he’s… he’s fine.

“He didn’t fall out of the pram, he fell into that.” She pointed to something at the bus stop where they were sitting.

A paramedic told her: “I don’t mean this in a disrespectful way at all, but the grazes and the bumps he has [are] inconsistent from just hitting that.”

The police then revealed that CCTV footage showed both children had fallen, not just one.

When the paramedic asked the second mum if her child had fallen, she denied it – so he informed her they had the incident on camera.

Police took both mums into custody, while paramedics whisked the children to Alder Hey hospital.

Read more: Ambulance on BBC One: Viewers in tears as baby dies after heartbreaking 999 call

One of the paramedics said afterwards: “Makes you a bit angry, doesn’t it? Do you get angry thinking these two poor kids who can’t even fend for themselves? And both mums… it’s two o’clock in the afternoon.

“But we’ve done our job and both children are safeguarded. They’re currently under police protection.”

One said: “What the? Drunk in charge of babies? Omg! And chucked them out of their prams. Disgusted. #Ambulance.”

Another tweeted: “[Bleeping] livid watching #Ambulance! Those two mums getting drunk in the middle of the day and their kids getting injured whilst in their care! Absolutely livid!”

Someone else put: “God almighty, what is this world coming to that two mothers can get drunk and injure their children, albeit accidentally? #ambulance.”

A fifth said: “Being so drunk that you TIP your CHILD out of their pram. And then LIE TO THE AMBULANCE CREW and say they DIDN’T FALL is absolutely [bleeping] disgusting #Ambulance.”

“Drunk and in charge of a baby,” said another. “Unbelievable. Poor, poor kids. #Ambulance.”

What the??? Drunk in charge of babies??? Omg! And chucked them out of their prams. Disgusted. #Ambulance

God almighty what is this world coming 2 that 2 mothers can get drunk and injure their children , albeit accidental #ambulance

Drunk and in charge of a baby. Unbelievable. Poor, poor kids. #Ambulance

– Ambulance continues on Thursday (June 25) at 9pm on BBC One