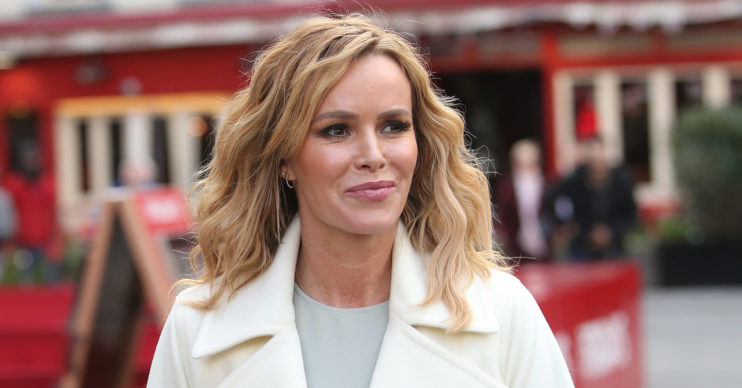 She also pressed her Golden Buzzer for a special act, too

Enthralled viewers could not get enough of a sensational new hairdo for Amanda Holden during last night’s BGT (Saturday May 2).

She was right in the thick of the episode’s action as she pressed her Golden Buzzer for a mum and daughter singing act.

But while those watching at home were split over Honey and Sammy, the verdict on Amanda’s hair transformation was clear.

Her glossy bob was a hit with fans – with many expressing on social media she should stick with the cut.

Keep your hair short it really really suits you.

And a fourth added: “@AmandaHolden I’ve got to say I do love your hair in the straight sleek bob.”

“@AmandaHolden Keep your hair short it really really suits you #BGT,” suggested yet another impressed onlooker.

Others suggested the 49-year-old judge’s look would be their ‘dream’ – and looked so immaculate they could barely believe it was real!

“IMAGINE being able to pull @AmandaHolden hair style off tho! Would be my dreammmmm #bgt,” gushed one fan.

And another chipped in: “@AmandaHolden not being rude (I know I sound it) but your hair looks so glossy it looks synthetic!! Is it a wig?? Xx.”

Similarly, another person asked for advice on behalf of an ill relative.

They wrote: “@AmandaHolden my mum loves your hair tonight on BGT!! What wigs do you use? She’s currently going through a hard time at the moment after losing her hair due to fighting cancer for a second time. #staysafe #BGT.”

Amanda joked she was emulating another social media icon as she showed off her perfect locks on Instagram earlier this year as auditions were filmed.

“No Kardashian has anything on you, my lovely,” one supporter commented on the pic at the time.

And another person raved: “I don’t think there’s anyone more beautiful.”

Some fans were slightly more critical of last night’s BGT, however.

They accused the show of being a ‘set up’ following Honey and Sammy’s successful tryout.

Following a false start with the judges, the act particularly impressed Amanda following a performance of Freya Ridings’ Lost Without You.