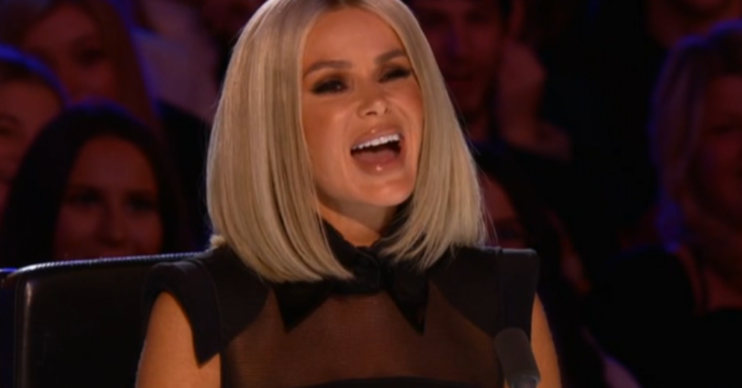 A mother/daughter singing duo got her vote

Fans of Britain’s Got Talent have accused the show of being a ‘set up’ after a mum and daughter duo won Amanda’s heart.

14-year-old Honey and her mum arrived on stage and Honey confessed she had signed them up for the talent show.

She then told how her mum had been diagnosed with cancer and after a rough couple of years, things were finally looking up for them.

The first song wasn’t a hit

They began by singing a song from the musical Waitress, but Simon stopped them midway through.

He told them he didn’t like the song and he wanted them to go away and learn another then come back later in the day.

The duo exited the stage, and then came back just 15 minutes later to perform again.

Even Simon was shocked they had returned so soon, saying he was expecting them later in the show.

Judges were wowed on Britain’s Got Talent

Mum Sammy admitted she had the lyrics on her hands before they belted out Freya Ridings’ Lost Without You.

The judges all thought they were amazing, Simon told them he would remember their audition for a really long time.

Amanda was so moved she decided to push her Golden Buzzer.

Simon told her: “They really deserved that.”

But viewers at home were far from convinced.

They accused the whole thing of being a set up.

Another Simon Cowell set up. “Can you come back later today”#britainsgottalent#bgt

That was so set up and staged 😩 #BritainsGotTalent #BGT

Other fans admitted they were moved to tears by the act.

Omg… why am i crying @#BGT mother and daughter performance… 😭😭

#BGT Yes Amanda! Was so hoping they’d get a golden buzzer. Beautiful performance. They’re so talented.

Also through tonight so far are a group of dancing turtles, and a teenage orchestra who wowed with modern hits.