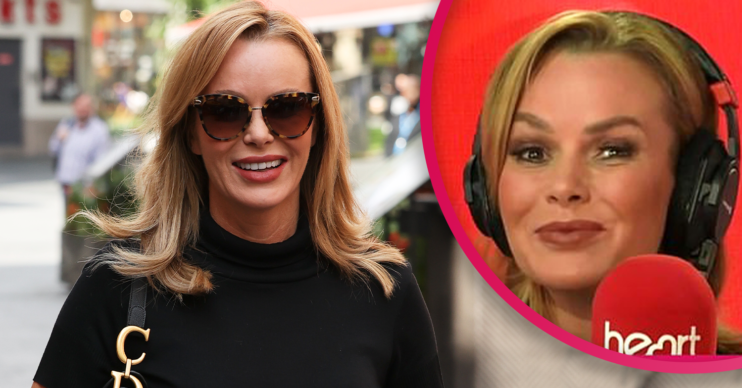 Amanda's son was born sleeping in 2011

Amanda Holden fought back tears today (September 4) as she revealed her new single brings back memories of losing her stillborn son Theo.

The Britain’s Got Talent star was chatting to Lorraine Kelly on her ITV morning breakfast show when she started to well up.

Amanda and husband Chris Hughes were devastated when they discovered that son Theo’s heart had stopped beating when Amanda was seven months pregnant.

It happened back in 2011 and Amanda has revealed her precious son is always on the couple’s minds.

She told Lorraine the song With You, from the musical Ghost, brought back memories of losing their son.

“It’s a song about grief and loss,” Amanda said. “It’s a very moving song. My whole album means so much for me.”

She added: “I sing it a lot. My whole album in fact is about songs that mean so much to me and my family. It was my husband Chris who absolutely floored me one day when I was singing.

“He said: ‘The last two lines of that song really remind me of how we felt when we lost Theo,’ who was our lovely little boy who was born sleeping.

“The last two lines are: ‘You took my world away, you took my life away,'” she added sadly.

Amanda revealed her husband is a “stoic man” and the declaration “floored her”.

“It just floored me”

“Chris is a typically stoic man, who was very supportive of me and our girl Lexie when it all happened and never took time for himself,” she revealed.

“So for him to come out with that sentence, it just floored me. That’s the first single we thought to release – very emotional,” she added.

Amanda appeared on the show to chat about the launch of her album – and gave an update about her BGT pal Simon Cowell‘s health.

Amanda – who has taken over the role of head judge in Simon’s absence – added that one of the show’s producers had spoken to Simon.

“One of the producers actually told me she’d had a conversation with him. He’s sounding really happy and healthy.

“We just want him to take the time to recover. You know what he’s like, he’s a workaholic!,” she laughed.