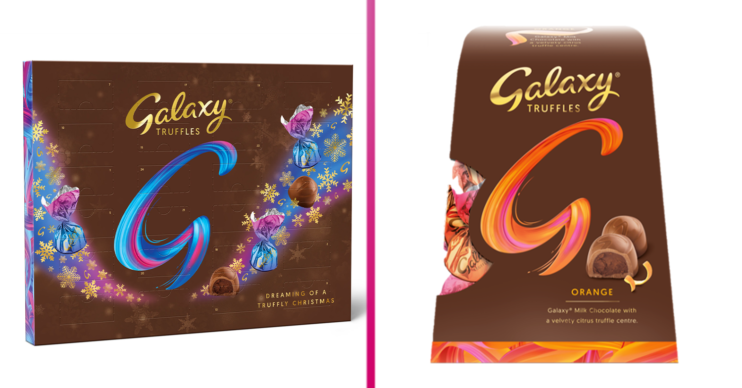 We're counting down the days till Christmas – literally!

Chocolate news doesn’t come much sweeter than this, Galaxy fans.

Makers Mars has unveiled its Christmas collection and once you find out what’s in the range we guarantee you’ll be counting down the days till December 25.

Quite literally if you manage to get your hands on one of the new for 2020 Galaxy Truffle advent calendars.

Yes, you did read that correctly. Mars has launched a new advent calendar and it contains 24 of the original milk chocolate Galaxy Truffles.

It’ll have an RRP of £9.99 when it hits stores in early September.

In more good news for fans of Galaxy Truffles, Mars has also revealed that it’s launching another new flavour.

Yes, hot on the heels of the Caramel Truffles comes, you guessed it, an orange version of the chocolate treat!

A rep revealed: “Orange is clearly the flavour of the festive season and Mars is thrilled to launch the Galaxy Orange Truffles as an exclusive with Tesco this year.”

The ultimate gift to ourselves, we say!

If you’re a fan of an old-school selection box, there are a couple of new launches in the Christmas range, too.

“Christmas isn’t complete without the tradition of a selection box – they make excellent stocking fillers and top-up gifts for all ages,” a rep said.

“So, alongside the popular Celebrations, Mars is also launching Milky Way and Skittles Selection Boxes to further tap into the sharing rituals of the holidays and appeal to the classic confectionery fans.”

Orange is clearly the flavour of the festive season and Mars is thrilled to launch the Galaxy Orange Truffles as an exclusive with Tesco this year.

The Skittles one, meanwhile, will offer a full taste of the rainbow.

You’ll enjoy five packets of Skittles – two original, two Darkside and one Crazy Sours – and a Mars and Milky Way for your £3.29.

So which will you choose?

Whichever you decide to put on your Christmas list, remember Santa is always watching and he’ll be checking that naughty and nice list twice!