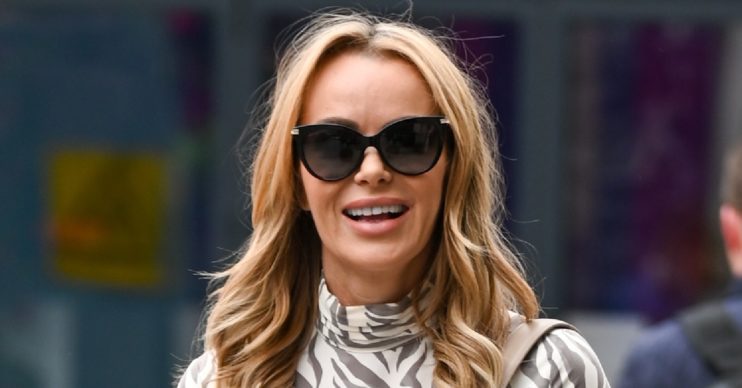 'She will certainly be keeping me on my toes'

Amanda Holden has landed her own E4 series featuring her beloved nan, Myrtle.

The radio presenter will star alongside her nearest and dearest in the documentary-style show, No Holden Back.

The 50-year-old presenter told The Sun: “I’m delighted that everyone is finally going to meet my nan.

“The apple never falls far from my tree and in this series she will certainly be keeping me on my toes.”

Meanwhile, Myrtle shared: “I have no comment, apart from I’m really hoping being on TV might mean I can finally meet my favourite young man, Ben Shephard.”

The apple never falls far from my tree

The pair recently filmed the eight-part series while Amanda worked on other projects.

Channel 4 Commissioning Editor, Steven Handley, added: “Amanda is one of the UK’s most well-known stars.

“We are thrilled to get insight into her life with her nan.”

Earlier this month, The Sun claimed: “This is the first time Amanda has worked with Channel 4.

“It’s a top-secret brand-new show format and will take Amanda back to her TV roots, having started out on shows like Kiss Me Kate, Hearts and Bones and Cutting It in the Nineties.”

What else is Amanda working on?

Amanda has gone on to become one of the biggest names in the country.

As well as appearing on Britain’s Got Talent, she also hosts her breakfast show on Heart FM.

Furthermore, she recently joined BBC One series I Can See Your Voice.

Meanwhile, back in March, the star revealed she’s also working on a dating series with the BBC.

It’s claimed the show will feature contestants choosing their potential partners from a line-up of eligible suitors.

Read more: Amanda Holden ‘nips’ out as she braves chilly weather on way to work

She told Woman’s Own magazine: “It’s always been a dream of mine to have my own dating show.

“I’m excited that I’m working on something special with the BBC at the moment.”