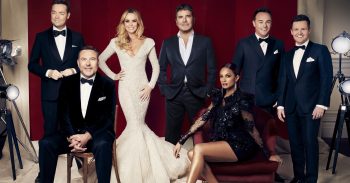 Alesha Dixon has welcomed Ant McPartlin back to the Britain’s Got Talent family.

The talent judge, 40, insisted Ant’s return following his struggles with booze and prescription drugs means normal service has resumed for the ITV series.

Ant, 43, stepped away from his TV commitments last March to deal with his personal issues, missing out on appearing in the live episodes of BGT’s 12th run.

But the Geordie star was present in the earlier stages of the series because the auditions were filmed in the first couple of months of 2018.

Nonetheless, singer Alesha is over the moon to have the final piece of the show puzzle in the hosting line up once again.

Recalling Ant’s TV comeback for filming, she noted the show’s stars had missed him “tremendously”.

“It was a lovely day because the family were back together, we were reunited,” she told the Mirror.

Alesha also promised the viewers would be treated by Ant’s presence because the BGT judges – also including Simon Cowell, Amanda Holden and David Walliams – work so well with presenting duo Ant and Dec.

She continued: “We’re very lucky, the six of us have a great working­ ­relationship. It has been lovely to work together for so many years. When you put that missing piece of the puzzle back it makes everything brilliant.”

Responding to questions, the former Mis-Teeq member said: “BGT has come at the perfect time. Everyone needs to feel good and have a bit of escapism.”

Alesha also teased tonight’s episode will include tears from David Walliams after an act by schoolchildren melts his heart.

– Britain’s Got Talent airs Saturdays on ITV at 7.15pm on ITV