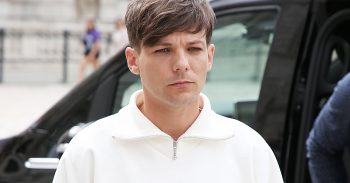 She passed away in March

One Direction star Louis Tomlinson is preparing to return to the stage for the first time since the sudden death of his sister, Félicité.

Félicité passed away in March at the age of just 18.

In the wake of her death, Louis pulled out of his scheduled performance for Comic Relief. But the singer has confirmed he’s returning to the stage in May.

The One Direction star will be appearing as part of the Free Radio Hits Live show in Birmingham on the fourth of May.

His appearance was confirmed by the show’s presenter, Free Radio breakfast host Ben Hanlin in an interview with The Daily Mail.

He spoke about Louis’ appearance, saying that he and his co-presenter, Celebs Go Dating star Sarah Jane Crawford, were grateful to have him on board.

“We’re really grateful that Louis Tomlinson will be joining us at Free Radio Hits Live,” he said.

“He’s had two solo UK top 10 hits, over 1 billion streams worldwide, he has more than 60 million followers on social media and was in one of the biggest bands in the world.

“The final name added to our line-up for Free Radio Hits Live. There’ll be Louis, us and 15,000 others watching an incredible line up playing all the biggest hits live in Birmingham this spring!”

Louis had planned to perform his new single, Two Of Us, at his scheduled Comic Relief appearance. The song was written in response to the death of his mother in 2016.

Louis’ mother Johannah passed away after a battle with leukaemia.

When his performance was cancelled the show’s host, Lenny Henry, took a moment to honour the memory of Félicité.

It’s not yet known if Louis will perform the song during the Free Radio Hits Live show.

Ellie Goulding, Zara Larsson and The Vamps will also be appearing alongside Louis in the show.

Entertainment Daily has contacted reps for Louis for comment on this story.